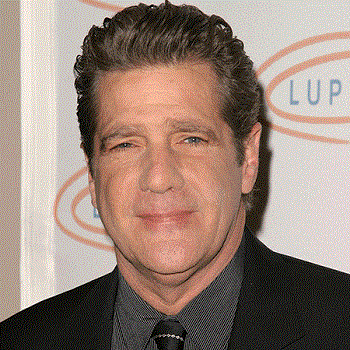 Glenn Frey was the lead vocalist and frontman of the American rock band Eagles. He was also an actor, singer, and songwriter. Take it Easy, How Long, New Kid in Town, Tequila Sunrise, Already Gone, and many others were among Frey’s many hits with the Eagles. In the United States, his albums No Fun Aloud and The All Nighter were both certified gold. Even though Frey is no longer alive, he will be remembered as a musical legend. He was the one who popularized rock genres like country, pop, and soft rock all over the world.

Glenn Lewis Frey was born on November 6, 1948, in Detroit, Michigan, where he spent most of his childhood. His parents were both employed in the automobile industry. He began studying piano at the age of five and later began learning guitar.

In the mid-1960s, Frey joined the Detriot Rock Scene, a Detriot rock band. He attended Dondero High School, where he graduated in 1966. Frey also played with the Subterraneans, and while there, he was noticed by Gary Burrows, the leader of a local band called The Four Of Us, and was invited to join them. He enrolled at Oakland Community College for college.

He learned to sing various harmonies while in the band The Four Of Us. Later, he formed the Mushrooms, a band that included Gary Burrows’ brother and a few other musicians. In the same year, he met Bob Seger, the legendary singer and songwriter, who helped Frey get signed to one of his record labels, Hideout Records, and helped him get into a management team.

They quickly rose to the top of the world’s best-selling bands. Take it Easy, Peaceful Easy Feeling, Tequila Sunrise, Already Gone, and New Kid in Town are just a few of the Eagles’ hits. The band split up in 1980, but reformed in 1994 and released a new album, Hell Freezes Over.

The album included four songs, as well as live tracks, and they even went on a musical tour to perform all of the album’s songs. When the Eagles were inducted into the Rock and Roll Hall of Fame in 1998, they realized they had made it big. They were now considered legends and part of great musical history.

In 2007, the Eagles released a new album, Long Road Out of Eden, and went on a tour to promote it from 2008 to 2011. Along with his band members Henley, Joe Walsh, and Timothy Schmit, Frey received a Doctorate of Music from Berklee College of Music.

In 2013, a two-part documentary titled History of the Eagles was aired, directed by Alison Ellwood and co-produced by Academy Award winner Alex Gibney. The film chronicled the Eagles’ journey and how they came to be music legends.

It went on to win an Emmy for Outstanding Sound Mixing for Nonfiction Programming in the following year. On July 29, 2015, the History of the Eagles world tour came to a close in Bossier City, Louisiana. He won six Grammy Awards and five American Music Awards as a member of the Eagles.

After his band, the Eagles, disbanded in 1980, Frey had a fairly successful solo career. With songs like The Heat is On, which was used as the main theme for Eddie Murphy’s film Beverly Hills Cops, he had many hits in collaboration with German musician Harold Faltermeyer.

You Belong to the City, which was featured as a soundtrack on the television series Miami Vice and topped the US Album charts for 11 weeks in a row in 1985, was his other hit single. He even appeared in an episode from the first season of the show as a guest star. Frey released 12 songs that reached the top 100 in the United States, 11 of which were co-written by Jack Tempchin.

He also sang Flip City on the soundtrack of the movie Ghostbusters II and was a part of the soundtrack Part of Me, Part of You for the American Road movie Thelma & Louise.

Frey even started his own record label, Mission Records, in the late 1990s, but never released any music. Frey’s first solo album, which had been 20 years in the making, was released on May 12, 2012. After Hours was his debut album, and it featured covers of pop standards from the 1940s to the 1960s.

Glenn Frey had a net worth of $90 million at the time of his death. He had an illustrious career and was even named the highest-paid musician in 2012-2013, outearning his rival by $30 million. Frey also had numerous endorsement deals with CoverGirl, a cosmetics company, as well as successful stock investments and real estate holdings.

Frey and his wife Cindy Millican purchased an Echo Park apartment in California for $10 million in 2002, and it was put up for sale in 2017 for $15 million. He also owned properties in Kauai, Los Angeles, and Santa Fe.

Since 1990, Glenn Frey has been married to dancer and choreographer Cindy Millican Frey. Frey first met her when he hired her as a choreographer for one of his music videos. The two eventually began dating and fell deeply in love.

Cindy and Frey have three children: Taylor Frey, their only daughter and the oldest of the three, and Deacon Frey and Otis Frey, their sons. After his death, his son Deacon Frey went on tour with his father’s band, the Eagles. Frey was married to Janie Beggs for five years before Cindy, from 1983 to 1988.

The Death of Glenn Frey

Due to illness, Glenn Frey passed away on January 18, 2016. Since 2000, Frey had been suffering from rheumatoid arthritis, which affected most of his body and eventually led to colitis and pneumonia.

Glenn Frey had surgery for his intestinal problems in 2015. Frey was placed in a medically induced coma after the surgery to protect his brain and was kept at Columbia University Medical Center. He died on January 18, 2016, as a result of complications from rheumatoid arthritis, acute ulcerative colitis, and pneumonia while undergoing gastrointestinal surgery.

Cindy Frey, Frey’s wife, blamed Mount Sinai Hospital for her husband’s death and even filed a lawsuit against the hospital and gastrointestinal surgeon Steven Itzkowitz.

Many people, from celebrities to musicians, mourned his death, and his Eagles bandmates performed their song Take It Easy in his honor at the 58th Annual Grammy Awards. On September 24, 2016, a life-sized statue of Glenn Frey was unveiled in Winslow, Arizona’s Corner Park. The road that he used to get to his high school, Dondero High School, is now named after him.