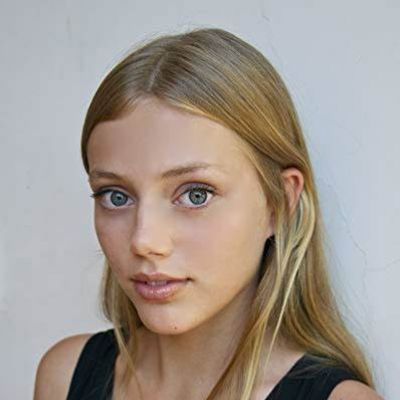 Do you know Who is Grace Van Dien’s?

Caroline Dorothy Grace Van Dien was born on October 15, 1996, in Los Angeles, California, USA, and is an actress best known for portraying the eponymous girl in the 2014 live-action adaption of “Sleeping Beauty.” She’s also worked on projects like “Max” and “Greenhouse Academy,” as well as with her father, actor Casper Van Dien.

Grace is from a royal family, as her grandmother is Princess Elizabeth of Yugoslavia of the House of Karageorgevich, a human rights campaigner and past presidential contender for Serbia. Another line of descent indicates that she is the great-great-great niece of Samuel Langhorne Clemens, better known as Mark Twain. Twain was a satirist, yet many consider him to be the “Father of American Literature.”

Among his most well-known writings are “The Adventures of Tom Sawyer” and “The Adventures of Huckleberry Finn,” both of which were published in the 1800s. He used his life experiences to create the setting for his books, as he worked as a steamboat pilot on the Mississippi, then as a miner in Nevada, but when that failed miserably, he decided to become a journalist, and while doing so, he wrote a short story that gained international attention. Politicians, artists, royalty, and industrialists praised his writing wit and satirical ability.

Casper Van Dien is the father

Casper is the son of a fighter pilot, and his grandfather was a World War II Marine.

He began his acting career in the mid-1980s, coming to Los Angeles to hunt for employment, and had a string of supporting appearances in films and television shows until landing the recurring role of Ty Moody on “One Life to Live.” He continued his acting career with roles in “Beverly Hills, 90210” and “Beastmaster III: The Eye of Braxus.”

In 1997, he landed his breakthrough role as Johnny Rico in the science fiction film “Starship Troopers.”

His popularity in that film led to him being selected as Tarzan in “Tarzan and the Lost City,” and in 1999 he was cast as Brom von Brunt in Tim Burton’s “Sleepy Hollow.” Other projects he worked on were “Cutaway” and the short-lived soap drama “Titans.”

He was also supposed to play Patrick Bateman in the film “The Rules of Attraction,” but his scenes were eventually removed. Among his most recent ventures are the YouTube series “Mortal Kombat: Legacy” and “Assumed Killer,” in which he played the spouse of a lady suffering from retrograde amnesia.

She, like many other actors, is very active on social media platforms.

Grace Van Dien’s net worth is unknown. According to sources, she has a net worth of over $500,000 as of early 2020, obtained during a brief but successful career as an actress. It is believed that her riches would expand as she continues her endeavors.

Van Dien had her first on-screen appearance in the 2005 Lifetime reality show “I Married a Princess,” which followed the life of her father and his bride Catherine Oxenberg, who is descended from Serbian Royalty and heir to various titles. However, she is not recognized as a princess by any government, rendering the show’s premise incorrect – she is not a biological connection to Catherine, as she is a child of Casper’s first marriage, to Carrie Mitchum.

After making her film debut alongside her father in “Sleeping Beauty,” which was also directed by him but did not fare well artistically or commercially, she was cast in “Greenhouse Academy,” a Netflix series based on the Israeli television show “The Greenhouse,” which aired for two seasons.

Soon after, she was cast in the film “Charlie Says,” starring Matt Smith as serial killer Charles Manson. One of her most recent efforts was the NBC sitcom “The Village,” which premiered in early 2019, but was canceled after one season.

Grace Van Dien’s has an Instagram account where she posts personal images and shows a glimpse of her life outside of performing. She likes vintage appearances and filters and frequently employs them to disguise herself as someone from antiquity. She also promotes some of her recent work, including features in publications such as “1883 Magazine.”

Grace Van Dien’s also has a Twitter account where she promotes her work while also providing updates on her life and expressing her political views. There is also a Facebook account named after her, although it is a fan account that has not been updated since 2018.