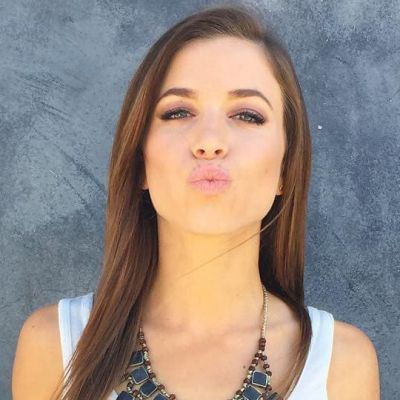 Do you know Who is Hannah Cranston?

Hannah Michelle Cranston, who was born on February 15, 1991, in Los Angeles, California, and is of American nationality, is well-known for her YouTube channel. She is also a TV personality and a columnist.

Since Hannah tends to keep these things to herself, she hasn’t said much about her adolescence. She was born into a middle-class family and was reared together with her younger sister Jessi by their parents. According to rumors, Hannah was not as attractive back then as she is now and experienced some difficulties in high school as a result of peer bullying. For this reason, she avoids talking about these times in her life. When she was younger, she had very different plans and envisioned herself as a marine biologist.

Hannah enrolled at Duke University in Durham, North Carolina, after graduating from a local high school in Los Angeles, and she earned a bachelor’s degree in psychology there. She was actively involved with the university and held positions such as Teach for America campaign coordinator, Alpha Phi vice president of marketing, and member of the Quad Council for Business Oriented Women.

Hannah’s career officially started on December 6, 2010, when she was hired as a host on the “TYT University” YouTube channel. TYT stands for The Young Turks, and the program focuses on topics affecting students and colleges. Ana Kasparian served as the program’s inaugural host before being replaced by John Iadarola in 2012. He remained the primary host until 2014 when he changed the format to appeal to a wider audience. To that end, he hired Hannah, who joined as a production intern in October 2014. Hannah became a co-host and collaborated with John on the program “ThinkTank” as a result of her suggestions and abilities.

After just one year, the number of subscribers to the new duo’s YouTube channel had doubled. They mainly talked about social events, romantic relationships, science, politics, and a variety of other things. The channel’s description reads: “Every day ThinkTank challenges preconceptions, exposes amazing new facts and discoveries, explores different perspectives and inspires you to learn more about the world and the people around you.” It currently has over 1.3 million followers and nearly 585 million views across all of its videos.

While the original “The Young Turks” channel presently holds the distinction of the largest news network on YouTube, Hannah may also be seen in a variety of other “The Young Turks” shows. She works for the Turks as both a producer and a guest host. She has appeared on numerous programs, such as “The Point,” “TYT Sports,” and “What the Flick? ”. Additionally, Hannah had a brief cameo on the TYT network’s “Styleogue” channel.

Other Activities and Interests

Hannah does a lot more than just watching YouTube; she also has other hobbies. She is an outspoken opponent of Donald Trump, the incumbent US president, and frequently contributes to the blog “The Huffington Post.” In June 2016, she worked as the host of FOX TV’s “Top 30,” a news magazine program, gaining her first experience in television hosting. She has also co-hosted a show with comedian Kevan Moezzi and Yahoo News reporters Cynthia LuCiette. The three of them hosted a trial run of a show that lasted four weeks.

Hannah, who has a dog named Charlie and is a great animal lover, appears to spend the majority of her free time with her pet according to her Instagram account. She regularly goes to the gym and enjoys running on the treadmill. Hannah Cranston also likes to travel, but these days only if she can take her dog along. She has been to more than 30 countries, and some of her favorites are Botswana, Peru, and Israel. She enjoys eating a lot but makes an effort to limit her intake to maintain her weight. Nachos are considered to be one of her favorite foods.

Hannah can discuss a wide range of subjects about universities, student life, politics, and the environment, but when asked about her personal life and her current and past relationships, she becomes incredibly evasive. She hasn’t disclosed anything to the public about her romantic relationships because she likes to keep these things to herself. Hannah has been fairly good at evading these speculations, although there have been claims that she was dating a FOX TV news reporter and that the two may still be together. She has not confirmed any of these allegations.

Hannah’s current net worth is reportedly believed to be over $700,000 and is rapidly increasing as a result of the many activities she is currently engaged in.

Hannah is very active on several well-known social media sites. She started a Twitter account in January 2014 and has since gained close to 25,000 followers and sent out more than 500 tweets. She presently has more than 20,000 fans on her Facebook page and over 70,000 followers on her Instagram account, where she has posted close to 1000 images.