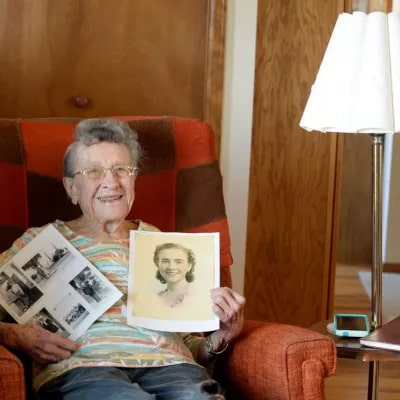 Do you know Who is Heimo Korth?

Heimo Korth, born on April 7, 1955, is an American outdoorsman who lives in the Arctic National Wildlife Refuge with his family, 600 kilometers from civilization. His life was made famous by the book “The Final Frontiersman: Heimo Korth and His Family, Alone in Alaska’s Arctic Wilderness,” and later by the television series “The Last Alaskan.”

Heimo Korth was born in Wisconsin to a simple family. Although little is known about his personal life after relocating to the Arctic, it was widely assumed that one of his motivations for moving was his difficult relationship with his father, who allegedly abused him in some ways, leading him to flee and relocate to the Arctic.

One of Korth’s last jobs before leaving civilization was as a welder in Wisconsin. Despite having a secure job, he decided to carry out his plan, move to the wilderness, and leave everything behind.

Korth has been a resident of the Arctic National Wildlife Refuge for more than 30 years. He began his outdoor training on St. Lawrence Island, where he learned from the Eskimos. He also met his future wife Edna, a member of the Siberian Yupik Eskimo tribe, there. Korth and his wife Edna moved to the Arctic National Wildlife Refuge after training with the Eskimos and lived there for years, raising their own family.

Despite living far from civilization, Korth managed to capture the public’s attention. James Campbell wrote a book about him and his family called “The Final Frontiersman: Heimo Korth and His Family, Alone in Alaska’s Arctic Wilderness” in 2004. Campbell is Korth’s cousin, and he eventually became interested in his cousin’s life as an outdoorsman. Campbell lived with Korth and documented their daily lives in the Arctic wilderness in his book.

Korth had previously appeared on the PBS show “Braving Alaska” before “The Final Frontiersman.” Another documentary, “Surviving Alone in Alaska,” was produced in 2009 to follow his life, this time on VBS.tv. Korth appeared on television once more in 2015, this time in the Discovery Channel series “The Last Alaskan.” His family, as well as other Arctic families, were featured in the show, which was a big hit with viewers. His unexpected popularity, as well as the success of the various shows that featured his life, all aided his family and his net worth.

According to authoritative sources, Korth’s net worth is estimated to be more than $150,000 as of 2018, derived from his own personal efforts as well as sales of the aforementioned book and television shows that featured his and his family’s life.

In his personal life, Korth has been married to his wife Edna since before he began his life away from civilization. They had four children: Coleen, Millie, Rhonda, and Krin, but on June 3, 1984, the couple lost their daughter Coleen Ann in a canoeing accident; her body was never recovered. Because of their daughter’s death, they decided to raise their other daughters away from the wilderness, essentially to keep them safe.

Korth and Edna still live in the Arctic, and their daughters pay them visits a few times a year. Krin, their youngest daughter, is now a firefighter and happily married. Although other people live in the Arctic National Wildlife Refuge, Korth and Edna are still quite isolated, living without electricity and modern appliances for nine months of the year and surviving primarily through hunting and fishing.