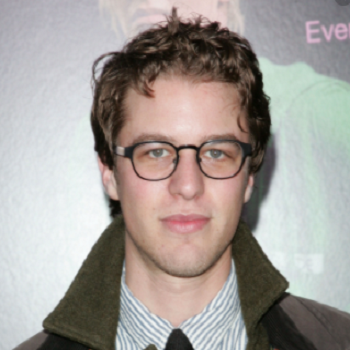 Henry Joost is a German-American actor and film filmmaker who is most known for co-directing Paranormal Activity 3, Paranormal Activity 4, Nerve, and Project Power. The 38-year-old has worked as a writer and producer on MTV’s reality show Catfish: The TV Show since 2012. In addition, he and his friend Ariel Schulman co-founded the New York City production business Supermarché.

Henry Joost was born in Frankfurt, Germany, on October 30, 1982. He is of Caucasian origin and possesses dual nationalities of American and German.

Details regarding his education, parents, and siblings are now kept under wraps. He is currently 38 years old.

He directed ‘Project Power’ and ‘Paranormal Activity 3’ beginning in 2010

With the help of Ariel Schulman In 2010, Henry Joost co-directed the documentary film Catfish for the first time. He went on to co-direct Metropolis II and Paranormal Activity 3 a year later. He has been a writer and producer for MTV’s reality show Catfish: The TV Show since 2012.

In 2012, he was a co-director on the discovered footage supernatural horror film Paranormal Activity 4. In 2016, he co-directed the techno-thriller adventure picture Nerve and the sci-fi horror flick Viral.

Joost and his directorial partner, Schulman, are also the founders of the Supermarché production firm in New York City.

What is his estimated net worth? The Box Office of Movies

Henry Joost has an estimated net worth of $500 thousand as of March 2021, based on his professional directing career.

The following are some of his directed films, along with their box office receipts and production costs:

In addition, his directing pal Ariel Schulman has a net worth of $500 thousand in 2021.

The 38-year-old film director has not yet married and is most likely single. There are no specifics about his current dating status available.
He was, however, previously involved with Sofia Black-D’Elia. She is a well-known actress who has been in TV shows such as Skins, Gossip Girl, and The Night Of.

He dated actress, singer, and filmmaker Dianna Agron before Sofia. She is well-known for her roles in Glee and films such as The Family and I Am Number Four.