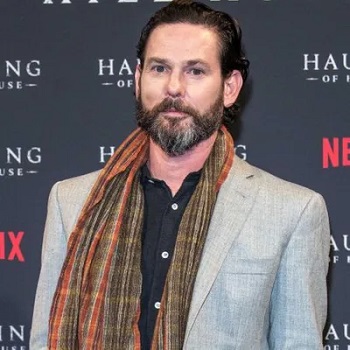 Henry Thomas, an American actor, and singer, shot to popularity as a child actor in Steven Spielberg’s films E. T. the Extra-Terrestrial and Misunderstood. Cloak and Dagger, Dead in the Water, Gangs of New York, and the horror film Ouija: Origin of Evil were among his significant film roles.

Henry Thomas was born on September 9, 1971, in San Antonio, Texas, United States, as Henry Jackson Thomas Jr. He is of Caucasian ethnicity and is an American citizen.

Henry Jackson Thomas Sr., a hydraulic machinist, and Carolyn L. Davis, a homemaker, are his parents. He attended East Central High School for his studies. He enrolled in and graduated from Blinn College after finishing high school.

How much money does Henry Thomas have?

Since the age of 11, Henry Thomas has worked in Hollywood films and television programs. The actor Thomas’ net worth is a little hazy. The actor has a net worth of $1.5 million, according to Celebrity Networth, and is worth $82 million according to The Richest. Nonetheless, we can certainly declare Thomas to be a millionaire.

According to accounts, Thomas was paid $15,000 for his role in the 1982 film E.T. the Extra-Terrestrial. Later in his career, Thomas appeared in a number of successful films that did well at the box office. We’ve compiled a list of Thomas’ most well-known films, along with their budgets and box office gross.

How did Henry Thomas become famous?

Henry made his acting debut in 1981 as a young actor in the film Raggedy Man. E.T. the Extra-Terrestrial, his second film, was a critical and commercial success. In 1983, Thomas was nominated for a Golden Globe for New Star of the Year in a Motion Picture Male for his work in this film.

He performed in films such as Misunderstood, Cloak & Dagger Frog Dreaming, and Valmont as a kid actor. He is also well-known for his roles in films such as The Gangs of New York, Dear John, Big Sur, and Ouija: Origin of Evil.

Thomas made his television debut in the television film Psycho IV: The Beginning, years after he began working in the film industry. Betrayal, Masters of Horror, Without a Trace, and Law & Order: Special Victims Unit were among his other notable television roles.
In 2018, he starred in the TV series The Haunting of Hill House and the TV feature Girl in the Bunker on a regular basis. His most recent film, Doctor Sleep, was released in 2019, and his television series The Haunting of Bly Manor is set to air in 2020.

In addition, Thomas is a musician. In the 1990s, he was a member of The Blue Heelers, where he penned songs and played guitar. Despite the fact that the band was not signed to a record label, it was able to gain a large following. Thomas teamed with Nikki Sudden to produce the soundtrack for Mika Kaurismaki’s film Honey Baby in 2003.

Who is Henry Thomas married to after two failed marriages?

Henry Thomas has had three marriages. He is presently happily married to Annalee Fery, his third wife. In 2009, the couple married and welcomed two children into their lives.
Thomas was previously married to actress Marie Zielcke before marrying Annalee Fery. On May 10, 2004, the pair married. Hazel Thomas is the daughter of the ex-husband and ex-wife. The couple was married for three years before divorcing in 2007.

Thomas was previously married to Kelly Hill, an actress. On May 20, 2000, the couple exchanged vows. The couple was married for two years before getting divorced on May 2, 2002. They didn’t have any children throughout their two-year marriage.