Henry Winkler and his wife, Stacey Weitzman, adore their grandchildren.

Henry Winkler and his wife Stacey Weitzman have been happily married for 43 years and share two children and five grandchildren. 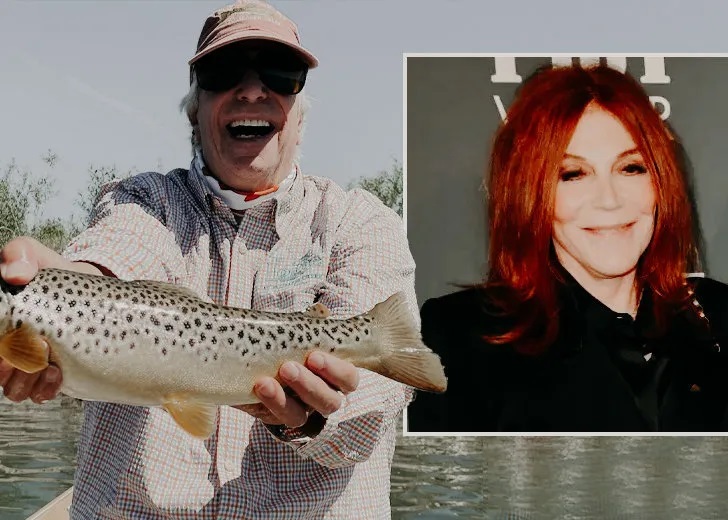 Henry Winkler and his lovely wife, Stacey Weitzman, have been married for over four decades and continue to look as beautiful and in love as they did in the 1970s. Despite staying out of the spotlight herself, Weitzman has assisted her husband at every stage of his remarkable career.

They have, however, attended a few public events together, including the 2018 Emmy Awards, where he was nominated for Best Supporting Actor in a Comedy for his performance on HBO’s Barry. It was his first Emmy nomination.
Their love story began in the mid-1970s, when they met in a Los Angeles clothing boutique owned by a client of Weitzman’s public relations firm. The actor approached her for assistance while looking for a sports coat. When he returned to pick it up later, he asked her out on a date across the street. In a People interview in 2019, the actor revealed that it was love at first sight.
She was wearing purple parachute pants and had red hair, and I thought to myself, Woah, beautiful woman standing in front of me.
She and her then-4-year-old son moved in with him soon after. Weitzman had a son with her previous husband, entertainment lawyer Howard Weitzman, named Jed Weitzman. On May 5, 1978, the couple married after two years of dating. Since then, they’ve risen to prominence as one of Hollywood’s most powerful couples.

Grandparents to five grandchildren and parents to two children

In 1980, Henry Winkler and Weitzman welcomed their first child, Zoe Emily Winkler. Max Winkler, the couple’s son, was born three years later, in 1983.
The couple is not only the parents of two children, but also the grandparents of five grandchildren. The Barry actor has appeared on our screens for decades, but he now prefers to spend more time with his family, particularly his grandchildren. In fact, he has no reservations about indulging in them to his heart’s content.

“I love being a grandparent,” he said at a book signing for his 33rd children’s book, the ninth in his popular Here’s Hank series. I’m having a great time.” “We spoil them with love,” he continued, addressing his wife Weitzman. In an April 2020 interview with People TV, the 75-year-old actor gushed about his online and in-person visits to his grandchildren.

He explained that as they drove into the driveway, he maintained a distance of 12 to 14 feet. Every week on Sunday, the couple used Zoom to video chat. They talk  with all of their children and grandchildren while they were self-isolating at home. I know it works because all of the grandchildren, ages 2 to 10, are glued to the screen the entire time.

The couple has also been through some difficult times in their lives. Breast cancer was discovered in Weitzman. She was diagnosed with cancer in 1998, shortly after her daughter, Zoe, began college.

Despite appearing to be cured, it reappeared a few years later in 2001. She later underwent a double mastectomy and has been cancer-free for the past five years. Weitzman has also had some acting experience. She has appeared in several films. It includes The Touch (2005), and has also voiced a character on As Told by Ginger (2001).

Related Posts of Henry Winkler and his wife, Stacey Weitzman, adore their grandchildren.