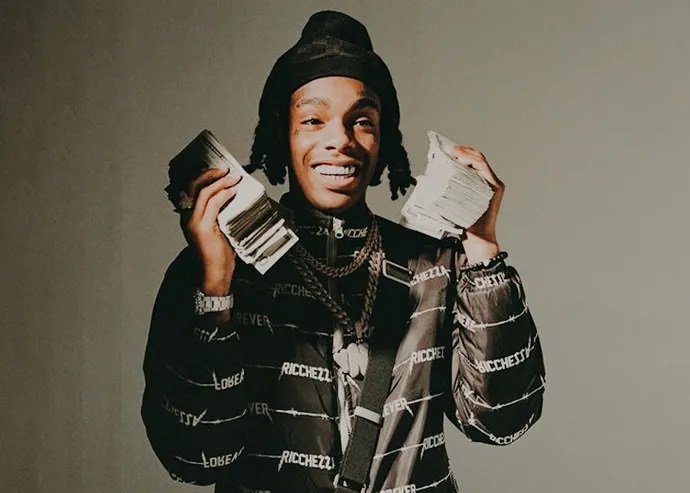 YNW Melly, real name Jamell Maurice Demons, has a history of running afoul of the law. He had previously been arrested for having a weapon and marijuana on his person. However, his February 2019 charge for two counts of first-degree murder is the most serious criminal case against him.
According to police, he and another rapper, YNW Bortlen, allegedly murdered two other aspiring rapper friends and staged the crime scene to appear to be a drive-by shooting.
Melly has since been imprisoned at the Broward County Jail in Fort Lauderdale, Florida. Melly’s friend and co-defendant, YNW Bortlen, was granted bond and house arrest in May 2020, but he was not. Melly claimed in April that she tested positive for the coronavirus. Melly’s lawyer had requested an early release from house arrest so that Melly could be treated at his own expense at a medical facility.
The judge denied Melly’s request, stating that she could seek special medical treatment from the Broward Sheriff’s Office.

Melly was in the midst of a professional breakthrough when he was arrested. While fans are confident that the rapper will prevail, they may be unaware of the gravity of the situation. Prosecutors wanted Melly to face the death penalty if found guilty, it was revealed in April 2019.
Although the rapper pleaded not guilty to the charges, he was subjected to months of legal wrangling with no trial date due to pandemic delays. Bradford Cohen, his lawyer, pointed out that murder cases, particularly those involving the death penalty, take a long time even under normal circumstances.

The case was complicated further when the Broward County, Florida court system decided to investigate a new recording of Melly allegedly confessing to the crime. Prior to the killings, tensions had developed between the friends over financial issues.
The most recent development in the case was the scheduling of a hearing for January 28, 2021.

Even though Melly is imprisoned, his music is still commercially successful. His hit single ‘Murder On My Mind’ first appeared on SoundCloud in 2017 and was later released under 300 Ent. in June 2018 on Melly’s ‘I Am You’ mixtape. The ominous song grew in popularity and skyrocketed after Melly was indicted on double murder charges. ‘Murder On My Mind’ made it into the top 15 of the Hot 100. His ominous ‘Suicide’ remix, which featured the late Juice WRLD, peaked at No. 35 on the Billboard Hot 100.

While in prison, he also released his critically acclaimed ‘We All Shine’ mixtape and ‘Melly vs. Melvin’ album.