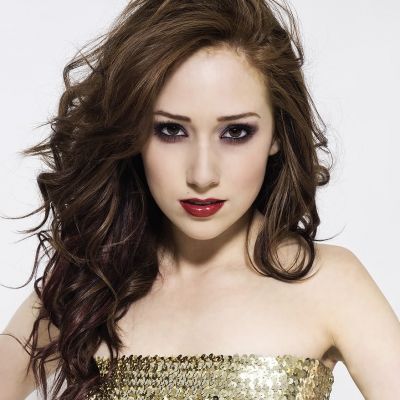 Do you know Who is Hilly Hindi?

Hillary “Hilly” Hindi was born in Las Vegas, Nevada, on March 2, 1990. She is a 29-year-old actor, writer, editor, and internet star who rose to fame for her YouTube channel “The Hillywood Show,” where she and her older sister Hannah broadcast parodies of several well-known films and television shows. The sisters started the YouTube channel in 2006, and since then, they have created hundreds of parodies that have received hundreds of millions of views.

In their hometown of Las Vegas, Hillary and her older sister Hannah, who was born on April 1st, 1986, were raised. Both girls attended homeschool; their father is a police officer and their mother worked as a homemaker. They also loved performing and dancing, which was another thing they shared in common. Both of the sisters showed remarkable talent and enthusiasm in the arts at a young age; Hannah chose to dance and was soon recognized as a very gifted person, obtaining awards from The Royal Academy of Dance and The Imperial Society of Teachers of Dancing in London.

Hilly, on the other hand, loved comedy and acting. As a birthday present from her parents, she received a Panasonic AG-DVX100B camera, which she used to start shooting comedy films. She created several brief amusing movies and submitted them to a contest run by the website “AOL”; one of the prizes being a trip to New Zealand and the opportunity to meet the cast of the enormously successful “Lord of the Rings” fantasy trilogy. Hilly won third place, a trip to New Zealand, and a meeting with Peter Jackson, the renowned filmmaker of the “Lord of the Rings” series, one of her biggest inspirations. Hilly was sure that comedy acting was the proper career choice for her after winning the award and receiving general support from her parents and friends for her humorous and acting activities.

The “The Hillywood Show”

Hilly and her older sister came up with “The Hillywood Show” in 2006 as a consequence of their collaborative efforts. They started uploading their parodies on a YouTube channel they created with the same name. The channel provided a platform for both sisters to display their skills: Hannah would direct the videos, choreograph the songs, and write the choreography, while Hilly would play the lead role in the parodies, with Hannah occasionally playing a supporting role.

Hannah and Hilly’s careers were launched with one of their first parodies, a spoof of the enormously successful “Twilight” series that went viral on YouTube. They continued to create parodies of television shows and films, including “The Lord of the Rings,” “Harry Potter,” “Sherlock,” “Supernatural,” “Doctor Who,” and many others, each of which had original music and dance performances.

The popularity of the channel increased along with it. The sisters created parodies of well-known songs in addition to mocking well-known films and television shows. They also featured vlogs, live stream events, interviews, gag reels, behind-the-scenes footage, and a variety of collaborations and “challenge” videos. As a result, the channel gained recognition for its distinctive content, originality, meticulous make-up, and costume design.

The cast of the television show “Supernatural,” BBC America, the cast of “Doctor Who,” Sean Astin, Lady Gaga, Ryan Seacrest, Nina Dobrev, and many others over the years recognized and endorsed the sisters. For instance, Lady Gaga famously shared their parody of her song on her own Twitter account, and one of their parodies even featured the cast of “Supernatural.” Hilly even participated in a celebrity game show episode of “The Next Best Thing: Who is the Greatest Celebrity Impersonator?” in which she portrayed Edward Scissorhands, the protagonist of Tim Burton’s movie of the same name.

There is no information available on Hilly’s personal life, including whether or not she is dating. Hilly replied, “That’s a secret,” when a follower on Tumblr enquired about her romantic relationship. In contrast, Hannah, Hilly’s sister, is married to Drew Lorentz, a comedian who frequently parodies “The Hillywood Show.” Their daughter Ava was born in 2012 after their marriage. Hannah and Hilly both presently call Las Vegas home.

Hilly and Hannah decided to dedicate their whole time to creating their parodies and make them their primary source of revenue as their channel’s popularity expanded over time.

According to estimates from reliable sources, Hilly has amassed a net worth of $1 million thanks to the significant support from their followers and several sponsors since they set up a Patreon account on which their admirers may subscribe and pay a monthly subscription fee. Hannah, another one of her siblings, is worth about $1 million.

In particular, YouTube has had a significant impact on Hilly’s career in social media. Over the years, the “The Hillywood Show” YouTube channel amassed 1.6 million fans, and the parodies received more than 300 million views.

Hilly also uses her profiles on other social media networks to communicate with her fans, promote the show, and provide updates on her daily life. Her official Instagram profile has more than 155,000 followers, compared to over 93,000 followers on her Twitter account. She also has accounts on Tumblr and Facebook.

Regarding her appearance, Hilly is petite, standing at 5 feet 2 inches (1.57 meters) tall and weighing about 90 pounds (40kgs). The majority of fans are unaware that Hilly is a natural redhead because she frequently appears in intricately constructed outfits that incorporate wigs and heavy makeup. She has dark brown eyes and beautiful, wavy hair.