“His Life Gave Mine Purpose,” Adam Calhoun says of his son, who changed his life

Adam Calhoun’s son had a profound impact on him! 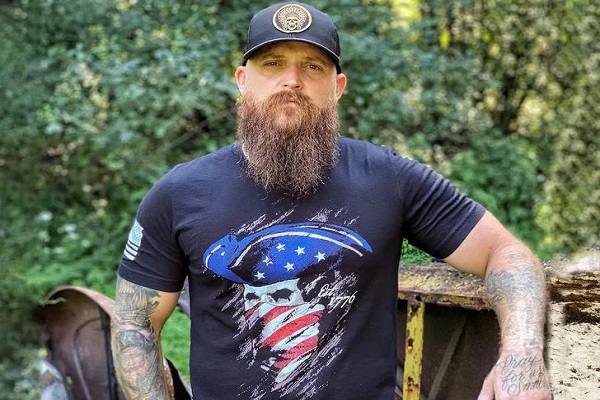 Having a child at the age of 19 wasn’t easy for Adam Calhoun, but fatherhood turned his life around for the better. After the birth of his kid, Tamen Calhoun, the American musician found motivation to quit his toxic lifestyle.

What’s more cuter about their relationship is the father-son duo’s mutual respect. They both give each other credit for their accomplishments in life.

After the birth of his son, Adam’s life changed dramatically

Tamen Calhoun, Adam’s kid, was born to him and his then-girlfriend Brandy. Tamen’s parents divorced when he was just a year old. Following that, Brandy obtained full custody of Tamen, with Adam paying him weekly visits.

After a violent disagreement with an on-duty police officer and hitting him when his son was around seven, the country musician served time in prison. He was imprisoned for a period of time before returning to his mother’s home.

Brandy, on the other hand, was struggling to care for Tamen since she was on and off narcotics. So, when he was about ten years old, she called Adam and requested him to look after Tamen.

Tamen’s clothes and other belongings were packed in a garbage bag and transported home by the singer as soon as he arrived at Brandy’s house.

Unfortunately, Adam’s company went out of business. He was evicted from his home, car, and driver’s license. Following the incident, Adam and his son relocated to Adam’s brother Danny’s house and began living in the basement.

Adam’s life was put in jeopardy as a result of the severe circumstances. He told himself that he would do everything in his power to give his son a life worth living. So he got back on his feet and worked tirelessly to provide his son with a home.

Since that day, the musician has never looked back and has continued on his path to success, going from having no home and no wife to building his own home and purchasing a car for his son. He hasn’t forgotten to credit his newfound accomplishment to his only son, Tamen, despite his newfound success.

Adam posted a video titled “My Life” on his self-named YouTube channel on August 21, 2017, in which he professed his love for his son. He admitted that he would have ended up in a gutter if his son hadn’t changed his life.

Tamen also took to Instagram on his son’s 20th birthday to tell how his son given his life meaning. He claimed that his child taught him about unconditional love.

Tamen looks up to his father as a role model

Tamen (born April 13, 2000) is a member of the United States Army. In April 2021, he finished his three-year commitment with the 11B Airborne Infantry.

Despite the fact that he has built a successful life for himself, he never forgets what his father has done for him. Through his Instagram page, he expresses his affection for his father.

For example, on Father’s Day 2020, the soldier boy shared a sweet photo with Adam and a heartfelt caption. He talked about how great his father was and how much Adam had influenced his life. In addition, he added that his father had educated him about life.

On October 19, 2020, he shared a photo with his father on Instagram, revealing that his father forced him to do it.

He revealed that his father had advised him to either get a job or pursue something more important once he graduated from high school. He joined the army on his father’s suggestion.

Related Posts of “His Life Gave Mine Purpose,” Adam Calhoun says of his son, who changed his life