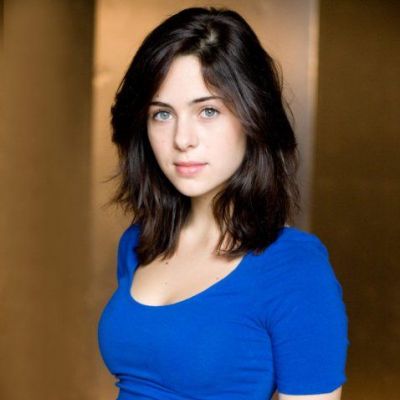 Do you know Who is Holly Deveaux?

Holly Deveaux is a Canadian actress best known for her role as Abby Hayes in the TV comedy series “Spun Out” (2014-2015) and her ongoing success as Rebecca Lewis in the TV series “Shadowhunters” (2016-2019), among many other roles.

So, are you interested in learning more about the young actress, from her early childhood to her most recent professional endeavors, as well as juicy details about her love life? If so, stick around for the duration of the article as we bring you closer to Holly Deveaux.

Holly Deveaux was born on September 29, 1994, in Toronto, Ontario, Canada; she is the daughter of Suzanne, though her father’s name has not been revealed. She has no siblings and has kept her educational background a secret. Hopefully, Holly will reveal more about her childhood shortly.

She has kept her educational background a secret.

Holly made her acting debut as Cayla Chapman in the drama film “Victoria Day” at the age of 15, alongside Mark Rendall, Sergiy Kotelenets, and Nataliya Alyexeyenko. The following year, Holly landed her first recurring role as Emma Ruby in the TV comedy series “Baxter,” in which she appeared in 13 episodes over a year. She also appeared briefly in the TV series “Lost Girl” that year. Holly was quite busy in 2011, appearing in several TV series and other projects, including the TV series “Murdoch Mysteries,” then “Flashpoint,” and the television film “Silent Witness,” as well as the sci-fi comedy fantasy film “Unlucky.”

The following year, she landed one of her first notable roles, as Jenny Fredericks in the TV horror mystery-thriller series “Hemlock Grove,” and had a supporting role in the action crime-drama film “Breakout,” starring Brendan Fraser, Dominic Purcell, and Ethan Suplee.

Holly’s career advanced as she gained experience, and in 2014 she achieved stardom, first in the sci-fi film “Mutant World,” co-starring Ashanti and Jason Cermak, and then as Abby Hayes in the TV comedy series “Spun Out” (2014-2015), co-starring Dave Foley, Paul Campbell, and Rebecca Dalton.

Since then, she has had a successful career, first as Rebecca Lewis in the TV action fantasy-drama series “Shadowhunters” (2016-2019), then as the lead in the television film “Running Away” (2017), alongside Paula Trickey and Madison Lee Brown, and as Zoe in the TV horror sci-fi drama series “Mist” in 2017. Holly most recently co-starred in the television film “Deadly Attraction” (2018) and is currently working on the action-adventure film “Hunter’s Moon,” which has yet to be released.

She has proven her talents since beginning her career, particularly in TV series, though she has also made a few notable film appearances, all of which have increased her wealth. So, do you know how wealthy Holly Deveaux is as of mid-2019? According to reliable sources, Holly’s net worth is as high as $1.5 million, and it is expected to rise in the coming years if she continues to succeed in her career.

When it comes to Holly’s personal life, she hasn’t been very open about her personal goals, and there is no reliable information about Holly in the media right now. According to some sources, Holly is currently single. So, until she reveals more about her love life, we can only assume Holly is now solely focused on her rising career. Hopefully, she will reconsider soon and begin sharing more details about her life with her fans.

Holly’s popularity has grown on social media platforms, particularly Instagram and Facebook, since her first on-screen appearance. Her official Instagram page has around 6,000 followers, with whom she has shared not only her most recent professional endeavors but also some personal details, such as her unconditional love for animals, particularly her dog, among numerous other posts.

Holly can also be found on Facebook, where she has around 3,000 followers and shares photos and videos from various sets as well as her personal life. Holly does not use Twitter. So, if you aren’t already a fan of this well-known actress, now is the time to become one; simply visit her official pages and see what she is up to next, both personally and professionally.