Despite her exceptional abilities, Misty Raney has had to deal with numerous comments about her recent weight gain. 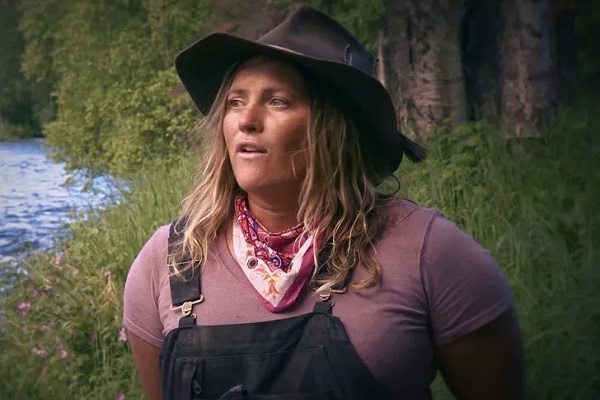 Misty, one of the show’s most popular characters, has gained a few pounds, leading viewers to speculate she is expecting.

Misty Raney Bilodeau, the Raney family’s daughter, has long been one of the most cherished characters on the reality show. She has often used her exceptional agricultural and hunting skills to guide and assist several families in thriving in the woods.

Despite her great abilities, she has had to deal with several criticisms about her sudden weight gain as a woman.

Misty’s weight gain has piqued the interest of fans

While it’s clear from her social media photos that she’s gained weight, people have speculated that it’s because she’s expecting. However, the extra pounds have remained relatively constant during the last season of the show, leading us to conclude that she is not now pregnant.

Furthermore, keep in mind that she has been on the program for a few years, and minor weight gain is very normal and does not imply pregnancy.

Despite the fact that her rumored pregnancy was a fraud, she now has a small family of her own. For almost 20 years, she has been married to Maciah Bilodeau, a carpenter and surfer from Hawaii. Gauge, their ten-year-old boy, is one of their other children. The family spends equal amounts of time in Alaska and Hawaii. They help operate the family business in Alaska during the summers, and they reside and surf in Hawaii during the winters.

Among her fans, she has cemented her reputation as a hero

Because of her survival skills, Misty has become a hero to her supporters over the years. The most famous of her outstanding skills are greenhouse construction, food processing, turning vegetables and meat into survival food, and preparing predator-proof livestock shelters to keep them secure from wild creatures.

Misty also specializes in smaller-scale day-to-day necessities, such as building barns, outhouses, and fences to protect cattle from predators, among other things.

She surely deserves a slew of followers that cheer her on in her every move as someone with such a diverse skill set. As a result, Misty’s admirers have always cheered her on and have never shied away from openly supporting her on social media with regular encouragement and praises.

Homestead Rescue is a reality show in which the Raney family, consisting of Marty, Misty, and Matt Raney, assists people who are attempting to homestead in Alaska, United States.

Marty is a survival expert, Misty is a farmer, and Matt is a hunter and fisherman, and each member of the Raney family plays a different function.

Growing food in Alaska can be difficult. As a result, these homesteading professionals cope with a variety of obstacles posed by nature, such as agriculture, medical issues, and predator defense, to name a few.

The families who learn homesteading from these professionals must choose whether to return to civilisation or remain to live in the woods at the end of each episode.

The TV show premiered in 2016 and has already enjoyed seven great seasons. The program has always been in the spotlight for a variety of reasons, the most recent of which is Misty’s weight gain.