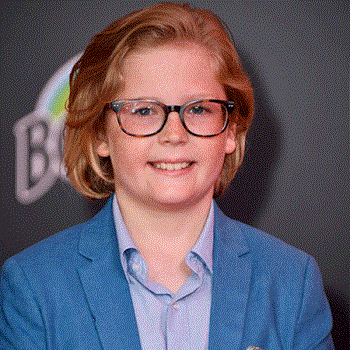 Huckleberry Milner, also known as Huck Milner, is a voice actor from the United States. At the age of ten, he made his feature film debut in the popular animated series Incredibles 2 in 2018. He replaced Spencer Fox, who played Dashiell “Dash” Parr in the first film, as the voice of Dashiell “Dash” Parr. Dash is the first son of the Parr family, and he is a troublemaker with superhuman speed.

When did Huck Milner get his start?

Huck Milner was born Huckleberry Milner in Manhattan, New York City, in the year 2008. He has two elder sisters, but no other information about his siblings is available. Furthermore, there is no information regarding his parents. He went to public school in New York City and began acting in neighborhood plays at the age of four. I didn’t really choose it, but my sisters were in plays when I was four, and they introduced me to them. They were simply fantastic. As a result, I simply adored the theater.

In terms of nationality, Huck is an American, and in terms of ethnicity, he belongs to the White race.

What Was Huck Milner’s First Job?

When Huck Milner was cast in the highly anticipated sequel to the 2004 hit The Incredibles, he shot to fame. In Incredibles 2, he took over for Spencer Fox and became the voice of Dashiell “Dash” Parr.

Last summer, Disney unveiled the replacement news at the D23 Expo. Milner has a similar voice to Fox, so it’s no surprise he was cast as the Dash. As Fox’s voice changed over the period of 14 years, his character was the only one in the Parr family to be replaced.

Milner had never worked professionally until The Incredibles 2. Following his outstanding performance in the film, he was cast in the Lego-themed action video game LEGO The Incredibles. In June of this year, the game was launched.

How much money did Milner make in Incredibles 2?

Huck Milner worked in a big-budget Hollywood film when he was only 11 years old, which opened doors for him. His net worth, on the other hand, has yet to be published. His film Incredibles 2 grossed $1.121 billion at the box office, with $182 million in its first week. Milner undoubtedly received a large sum of money in exchange for his exceptional performance, but his pay has not been revealed. A kid actor earns $52,000 a year on average. The cost is determined by the young actor’s demand and experience. Craig T. Nelson, Holly Hunter, Sarah Vowell, Huckleberry Milner, and Samuel L. Jackson all contributed to the blockbuster film’s success.

Huck Milner is currently concentrating on both his schooling and his professional endeavors. He recently finished fifth grade in a New York City public school.

He has a close relationship with his mother, who is extremely supportive of his professional endeavors. Milner’s mother informed him that he had been cast in the sequel to the Incredibles.

Joe Fish, Clowny, and Angel Fish are his three fish.
He enjoys singing, acting, and hockey.
Milner enjoys playing hockey and the bass guitar.
The Incredible 2 star wants to see New York City free of homelessness.
Thor, Ironman, and Spiderman are among his favorite superheroes.