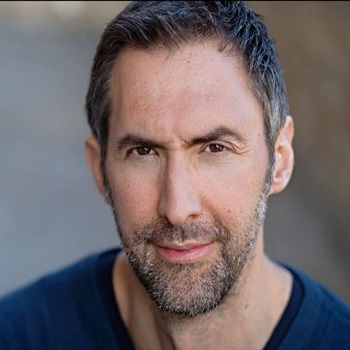 Prior to acting, he was a basketball player.

With his towering stature, Ian pursued a career in basketball and was a member of the high school team. Vinnie Whitehead, his high school coach, recruited him to play basketball for Henry Hudson Regional High School in Highlands, New Jersey, where he graduated in 1990.

He went on to play for Iona College in New York and Clarion University in Pennsylvania on a scholarship before returning to England in 1994 to play for London Towers. His impressive play earned him a spot in international competition, and he has represented France, Belgium, Greece, and Portugal. He returned to England in the late 1990s and joined Newcastle Eagles, where he remained until his retirement in 2003.

Beginnings as an Actor and the Road to Success

Ian Whyte made his screen debut in the 2004 film Alien vs. Predator, and he reprised his role as Predator in the sequel Aliens vs. Predator: Requiem (2007). After starring alongside Sam Worthington, Gemma Arterton, and Mads Mikkelsen in Dragonball Evolution (2009) and Solomon Kane (2009), the Welsh actor was cast as Sheikh Suleiman in the 2010 film Clash of the Titans.

From 2011 to 2019, Whyte starred in the HBO series Game of Thrones (16 episodes) alongside Nikolaj Coster-Waldau, Lena Headey, Emilia Clarke, Iain Glen, Kit Harington, Maisie Williams, and Sophie Turner in various roles that required a tall physique. In Seasons 1 and 2, he played White Walkers; in Seasons 5 and 6, he played giant Wun Wun; and in Season 8, Episode 3, he played a giant wight.

He starred alongside Noomi Rapace, Michael Fassbender, and Guy Pearce in the 2012 film Prometheus as the Last Engineer. The film was a commercial success, grossing $403.4 million at the box office, far exceeding its budget of $120-$130 million.

What is Ian Whyte up to these days?

Whyte is currently working on his upcoming on-screen projects, according to IMDB. In SolQuest, he will play Nobu, and in 1066, he will play Hardrada. Both films are currently in pre-production. He is a member of the cast of The Candy House, though his exact role has yet to be revealed.

Estimated Net Worth In the year 2021

According to online sources, Ian Whyte has a net worth of $2 million as of January 2021. His professional acting career, which he began in 2004, has undoubtedly earned him a sizable sum. Whyte is best known for his work on the HBO series Game of Thrones, as well as the films Alien vs. Predator, Clash of the Titans, Prometheus, and The Reckoning, for which he allegedly earned a six-figure salary.

He also works as a stunt performer. Before turning to act, Whyte was a professional basketball player from the late 1980s to 2003, earning millions of dollars in contract and payroll.

Whyte is a married man, according to reports. He is happily married to Amy Whyte, who works as a business development manager for the Gordon Brown Law Firm. They haven’t revealed any information about their wedding or how their relationship began.

The couple has a daughter together (name not revealed). Ian is a frequent Twitter user, with over 6.7K followers on his official account, @Ian Whyte.

Ian Whyte’s Fans Have a Lot of Questions:

2) What is the height of Whyte?

Ian Whyte is 7 feet 1 inch tall, which makes him a towering figure.

3) When did Whyte first appear on television?

Answer: Following his retirement from basketball in 2003, Ian made his on-screen debut in 2004 with Alien vs. Predator, followed by Aliens vs. Predator: Requiem in 2007.

4) Did Ian work on the HBO series “Game of Thrones”?

From 2011 to 2019, Ian Whyte appeared in 16 episodes of Game of Thrones. He played white walkers and giants there.

5) Is Ian Whyte a scientist or an engineer?

Answer: Ian Whyte, who was born in Wales and played the Last Engineer in the 2012 film Prometheus, is not a real engineer. Rather, before pursuing a career in acting, he was a professional basketball player.