In a number of collaborations, Stella Arroyave and Sir Anthony Hopkins have worked their magic. 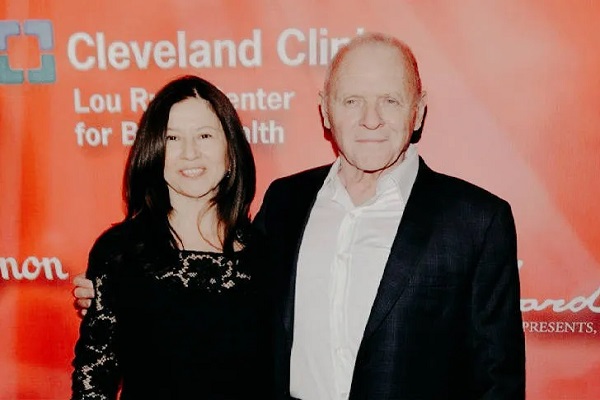 When you meet the proper person, it can transform your life forever. That is exactly what happened when actress/director Stella Arroyave met and married famed actor Anthony Hopkins. Arroyave has come a long way from her days as an antique merchant, and it appears that it was well worth the effort.

According to The Telegraph, when she first met her husband, the 65-year-old was only an antique merchant. She changed careers and has been producing outstanding material and managing Hopkins’ social media accounts for him ever since.
Arroyave has been working on one of her most recent projects, Elyse, which was recently launched on December 4, 2020, while taking time away from her busy schedule.

In a virtual interview with CA live on December 6, Elyse, the director, spoke about where she got her inspiration for the film and why it is so important to her.

Because the film is on mental health difficulties, the interviewer questioned Arroyave about why she opted to make a film about such a sensitive subject.

In response to the inquiry, the actress stated that her mother suffered from undiagnosed schizophrenia as a child, and that her experiences were the inspiration for the film. Living in a house with someone suffering from mental illness, according to Arroyave, is a difficult experience.
Furthermore, the director told NBCLA that she did not expect it to be a personal story when she initially started writing. She stated that she intended for the film to be about mental illness, but as she was writing the script, she found that more and more of her personal life and experiences with her mother were coming through in the film.

Even the debut filmmaker confessed that much of her character Elyse is inspired by her mother and the various events she observed her mother go through.

Because the film is personal to Arroyave, she ensured that the cast was perfect, with her closest friend Lisa Pepper playing the lead and her husband as Dr. Lewis, the chief psychiatrist.
Her spouse even composed the film’s score, giving Arroyave’s debut picture still another personal touch.

More specifically, Arroyave stated that she intended the film to be sympathetic, realistic, and intimate for all families dealing with mental illness. In addition, given this was her first scriptwriting and directing project, she wanted to imbue the film with her inventiveness, which she believes she accomplished.

She was the third wife of her husband

Hopkins’ constant compliments to Arroyave in several of his interviews indicate that he has finally found love. His third marriage, after two failed marriages, has proven to be the one.
Hopkins had been in two long-term marriages before marrying Stella Arroyave. The Oscar winner married Petronella Barker for the first time in 1966, and they have a daughter named Abigail. The marriage, however, terminated in 1972 after 5 years.
Hopkins married Jennifer Lynton, his second wife, in 1973, shortly after his divorce from Barker. In 2002, the pair called it quits after 29 years of marriage. Hopkins claimed that he and his wife had separated a long time ago because they had drifted apart.

According to the BBC, the Oscar winner became a US citizen in 2000 after their divorce, but his wife remained in London.

All of this led the actor to meet his present wife, Stella Arroyave, whom he describes as his “love of his life.”

Hopkins met Arroyave in an antique furniture store in 2001 after his divorce from his second wife. Hopkins came to L.A. to browse for furniture at the time, and the actress was just an antique trader.

Hopkins married Arroyave after two years of courtship. In March 2003, the pair married in Hopkin’s Malibu estate. According to the Telegraph, major names including Nicole Kidman, Steven Spielberg, and Winona Ryder were among the guests for their opulent wedding.

Hopkins was assisted by Arroyave in his battle against depression

Sir Anthony Hopkins confessed in a 2011 interview with the Independent that he was suffering from Slight depression when he met Arroyave. He said in the interview that he was shut off and had trust issues with ladies when they first met.

“She met me ten years ago when I was shut down. Shut down for some years. I didn’t feel shut down at that time. I felt I was quite happy. But I was dealing with slight depression. Not trusting anyone. Certainly not trusting women. “

Hopkins went on to say that it was Arroyave’s upbeat attitude that rescued him. He also stated that his wife has assisted him in lowering his expectations and teaching him to accept everything, making his life easier.

“She’s very positive about everything. I learnt from her just to take life as it comes. So I live my life in non -expectation.”

This wasn’t the first time Hopkins made complimentary remarks about his wife. In a 2013 interview with the Daily Mail, the actor praised Stella for her abilities to care for him and slow him down for his own benefit.

“She’s very good for me, my wife, because she slows me down… because my nature is to do things very fast because I have convinced myself that I am still 45 years old. I walk far too fast and I’m always falling over and she reminds me not to. “

They assist each other in their development

In a recent interview with Cision PR Newswire in November 2020, the actress announced that she and her husband have launched a fragrance line named “Ah Eau de Parfum,” which benefits the charity NO KID HUNGRY. Aside from donating to organizations and working together, the pair has also supported and encouraged one another on their own paths.
When asked how he got into painting in a 2017 interview with W magazine, Hopkins said that his wife encouraged him to do so. Hopkins recalled that when Arroyave first saw his drawings, she asked him why he didn’t paint them, to which he replied that he couldn’t. Arroyave, as nonchalant as ever, encouraged him to begin painting without fear of being judged, and he heeded her suggestion.

He states that after he began painting, it went so well that she wanted to conduct multiple exhibits and exhibitions of his work, and the rest is history.

Arroyave not only encouraged Hopkins to pursue art, but she also serves as his social media manager.
Arroyave, on the other hand, has benefited from the assistance.

Arroyave has received her husband’s support in everything she’s done, from major job changes to new endeavors.

In her most recent venture, the rookie filmmaker received a lot of aid from her husband. In many of her interviews, she brags about her husband’s scores, which she says are appropriate for the film’s gloomy tone and general feel.
In an interview with Roger Ebert, Arroyave expressed her admiration for her husband’s work, saying that he did a terrific job and composed the appropriate score for the film.

“Working with Tony on the score was one of the most rewarding experiences in creating the film. His score helped to set the pace of the film, and he masterly interpreted the lullaby I heard in my mind for Elyse.”

Her estimated net worth is $1 million

Arroyave recently made headlines when she gave $2000 to a flood-affected animal hospice.

Her husband has a net worth of $160 million, according to Celebrity Net Worth. Her exact net worth, however, is still unknown.

Although her net worth has yet to be revealed by the website, given that she was the author and director for Elyse, it is reasonable to presume that she is well on her way to amassing her own fortune. According to Payscale, a writer’s average compensation is $50K per year, while a director’s average salary is $69K per year.

This means her net worth has already surpassed a million dollars, and it will continue to rise if she chooses to continue on her path.

Related Posts of In a number of collaborations, Stella Arroyave and Sir Anthony Hopkins have worked their magic.