In a song dedicated to his daughter, Amabelle Jane, David Packouz revealed his ex-girlfriend.

David Packpuz is frequently photographed with his daughter in a variety of locations throughout the world. Annabelle’s mysterious mother, David’s ex-girlfriend, was discovered accidently when he wrote a song for her called More Than Anything. 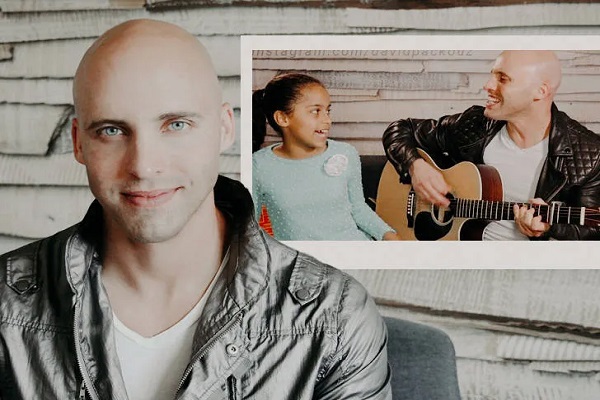 Former arms dealer David Packouz put together a movie of his daughter’s childhood memories and released never-before-seen photos of his ex-girlfriend.

Amabelle Jane, the American singer’s 14-year-old daughter, has been raised by him. However, he has never spoken about his child’s mother. Her identity is so closely guarded that her name is kept a secret.

On December 17, 2008, he did, however, upload photographs and brief films of his partner to YouTube. In the video named More Than Anything, he sang a song for his daughter and gathered old clips from her upbringing.

The song’s video highlighted Amabelle from the moment she was born, exposing Packouz’s partner in the process.

Other specifics about his companion, such as when they split up, are unknown.

In the biopic, an ex-girlfriend goes by the name “Iz.”

David Packouz teamed up with former arms dealer Efraim Diveroli to carry off one of the most significant arms sales in American history.

While he was convicted of illicit arms trading, his thrilling experience was chronicled in the novel ‘Arms and the Dudes’ published in 2015. Todd Phillips’ film adaptation of the book, War Dogs, was released in 2016.

The two arms dealers’ real-life experiences have been depicted realistically in the film to some extent.

As a result, Miles Teller’s character, Packouz, is seen having a relationship with a woman named ‘Iz’ (played by Ana de Armas).

Packouz and Iz have a daughter without being married. Then they split up owing to Packouz’s illicit business, which appears to have happened in real life as well.

“With @ana_d_armas who is playing my (ex) girlfriend in #WarDogs a movie based on my life.”

His response reiterated that his daughter’s mother was not his wife, and that the two had never been married. He simply had her as a girlfriend.

He spends time with his daughter

Amabelle Jane Packouz, Packouz’s daughter, was born in February 2007. Despite his hectic schedule, he makes time to spend with his daughter.

In July 2016, he took his daughter to the holy city of Jerusalem. They went to the Western Wall and the Dome of the Rock. Both sites are historically significant to Islam since they are among the first examples of Islamic building.

Then, during a winter trip in December 2019, they went skiing in the Hermon mountain range. For Amabelle’s 14th birthday, they also went horseback riding in Monterey, California.

Packouz and his daughter have a lovely bond, as seen by everything that has been witnessed.

David joined Efraim Diveroli’s arms company, AEY Inc., after graduating from Miami College in 2003. At the time, he was only 23 years old.

Packouz and Diveroli founded AEY Inc. to supply the US government with enormous quantities of weaponry and ammunition. Despite their lack of expertise and youth, the duo wreaked havoc after securing big federal contracts worth millions of dollars.

However, the firm had previously failed to deliver on other contracts, including sending potentially dangerous helmets and failing to deliver 10,000 Beretta pistols to Iraq.

The entrepreneur informed his associates via email that they needed to remove the Chinese insignia from the containers since the Chinese products would be refused. The corporation repackaged Chinese ammo, which was a form of deception.

Following inquiries, it was discovered that the corporation had broken US federal regulations. Packouz was sentenced to seven months of house arrest for his role in the scheme.

When it came to tarnishing his name in the eyes of the US government, he looked to be on a roll.

After reportedly consenting to have a physical interaction with an undercover Collier County deputy for $400, he was detained again in 2012 at Motel 82 in Naples.

Packouz is now attempting to do a career U-turn, maybe as a result of the birth of his daughter.

He resolved to switch from his risky habits to something more enjoyable: music and singing. This proved to be a great decision, since he is currently the CEO and founder of Singular Sound Company, a music technology company.

Related Posts of In a song dedicated to his daughter, Amabelle Jane, David Packouz revealed his ex-girlfriend.