Brianna Keilar found love again after divorcing her first husband, Dave French. Though it took some time to recover from a broken relationship, it was worthwhile because her path crossed with Fernando Lujan, whom she would marry and start a family with. 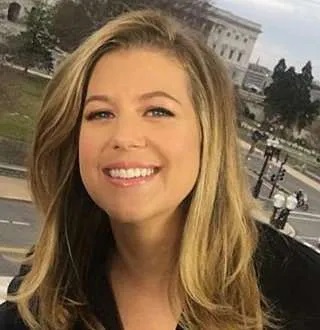 Briana Keilar’s Second Wedding Was a Tribute to Her Late Mother Keilar and her now-husband Lujan met at a happy hour near the White House in the summer of 2012. They ran into each other several times over the next few years and quickly became friends. Keilar attempted to set Lujan up with her girlfriends because he was single at the time. But he turned them all down. Lujan, in an unexpected turn, instead asked Keilar out as soon as she got over her marriage. And then, in November 2015, the couple went on their first date. In June 2016, her military boyfriend planned to propose to her. Unbeknownst to Keilar, her mother, Miriam Allen Keilar, also supported the plan, which included a California engagement party.

Unfortunately, the engagement was called off when Miriam died unexpectedly of acute leukemia in May 2016. Keilar, meanwhile, was on her way to Kentucky to cover the 2016 presidential election. But, doing her best to deal with the situation, she flew from California to New Hampshire to Las Vegas to interview Donald Trump, Hillary Clinton, and Bernie Sanders.
She later told People that her mother’s death was the most difficult and unexpected event of 2016.

To make up for her loss, her partner proposed to her during the July 4th fireworks display in 2016. The couple intended to honor her mother’s memory by bringing much-needed joy to their families and ending the devastating 2016 in the best way possible, by getting married. Six months after their engagement, they married in Las Vegas in front of 85 guests. They hosted a three-day party, beginning with welcome drinks and a tour on the first day, followed by a wedding ceremony on the second and a New Year’s Eve party on the third. Keilar took to Instagram on January 3, 2017 to announce her wedding. She stated that while 2016 brought her the most personal loss, it was emotional and wonderful to end the year with the immeasurable happiness of marrying her fiancé.

Brianna Keilar’s,  previously married for six years to Dave French. They married on May 2, 2009, in Sedona, Arizona, and divorced in 2015. Keilar’s family consists of two children. When Keilar became pregnant in 2018, the Lujan family’s joy only grew. On June 8, 2018, the California university alum and her husband welcomed their first child, a son named Antonio.

Her now-husband Lujan, like Keilar, was in a relationship. While it’s unclear whether he was married, he and his former partner have a son named Teddy. Teddy now lives with CNN’s anchor and Lujan. The couple is now raising their two children together, including Lujan’s son from a previous relationship. While the Canberra native juggles her CNN job and motherhood, her husband juggles family and his military career. He is an Army Special Forces officer who is deployed to Afghanistan as part of the Afghanistan-Pakistan Hands program.