Richard rose to prominence as a result of his acting abilities in The Hobbit. However, his on-again, off-again relationship with co-star Lee Pace from the same series became the talk of the town. The two were thought to be dating. They were seen hanging around and attending red carpet events together. 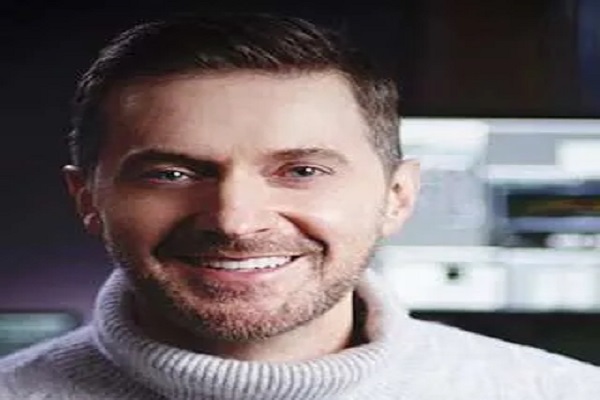 But, little did he know, the movie would set fire to gay rumors. He got linked with his Hobbit co-star, Lee Pace.

Actor Richard Armitage was born on August 22, 1971, in Leicester, Leicestershire, England. His mother is Margaret Armitage, a secretary, and his father is John Armitage, an engineer. He has an older brother named Chris Armitage.

Richard went to Huncote Community Primary School. Then, finding his passion for arts, he first studied Music at the Brockington High School.

At the age of 14, he persuaded his parents to send him to a vocational school, Pattison Theatre Arts, in Coventry. He studied acting and completed O and A-levels in the London Academy of Music and Dramatic Arts.

Gained Massive Fans From The Hobbit

After his educational endeavors, Richard initiated his career, to be exact from 1992. He started working in cinema with some small parts in Star Wars: The Phantom Menace, Cleopatra, and This Year’s Love since 1999.

He earned quite a name by portraying John Thornton’s role in the TV mini-series North and South in 2004.

His fame reached the next level when he started portraying the character Thorin in The Hobbit trilogy from 2012. So much so, The Stranger actor won the Saturn Awards for the Best supporting actor for The Hobbit: The Battle of The Five Armies in June 2015.

Gay Rumors Rose Along With Success from The Hobbit

Richard rose to prominence as a result of his acting abilities in The Hobbit. However, his on-again, off-again relationship with co-star Lee Pace from the same series became the talk of the town.

The two were thought to be dating. They were seen hanging around and attending red carpet events together.

Although it is common for co-actors to hang out and attend red carpets together, rumors of Richard and Lee being a gay couple circulated after a very suspicious picture of them surfaced on the internet. The image where Richard and Lee were seen very close to each other fueled the gay rumors.

Furthermore, the couple has been sighted at social gatherings. In April 2014, for example, they were photographed together in Washington Square Park. They also ate dinner together with their families.

Despite the fact that their union sparked sexuality suspicions, Lee and Richard have remained silent about their relationship.

After a Failed Engagement, What Happens to Your Relationship?

In terms of his relationship status, Richard’s life is fairly murky. For the time being, there is no proof that he is dating, single, engaged, or married.

Since his engagement with Samantha Colley came to an end, the Uncle Vanya star has kept his dating knowledge to himself. Samantha Colley, his ex-fiancée, on the other hand, has gone on and married.

Richard had a long-term romance with English actress Annabel Capper before meeting Samantha. He was so enamored with his fiancée that he revealed his desire to establish a family with her. They broke up and went their separate ways for undisclosed reasons.
New television programmes and films

Captain America: The First Avenger, Hannibal, Into The Storm, and Ocean’s Eight are just a few of the successful films and television series in which he has appeared.

He also appeared in The Stranger, a popular TV show, and Castlevania, an animated series. He was cast in Harlan Coben’s adaptation of the novel “Stay Close” in 2020.