Is Crystal Bernard currently married? She previously stated that marriage is not a priority for her

Crystal Bernard believes that marriage is unimportant because it is simply about laws and not about love. 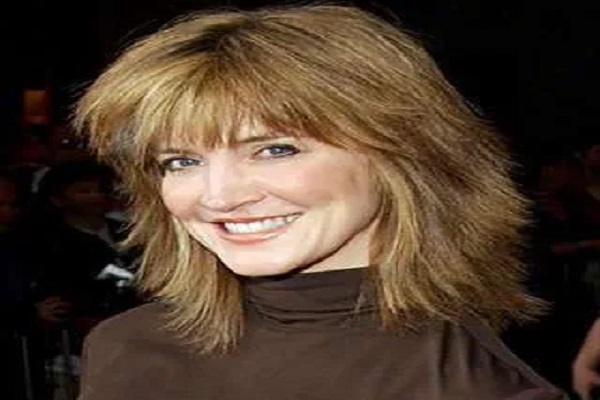 Although one of the most popular comedy series, Wings, ended in 1997, the great cast of the program, especially the lovely actress Crystal Bernard who played Helen Chappel, is still remembered.

Bernard’s remarkable acting performances, paired with her lovely appearance, have gained her a slew of followers who are still unsure if she is married.

She hasn’t been in the spotlight much since she retired from performing in 2008. Many admirers have wondered, “What happened to Crystal Bernard?” as a result of this.

She has avoided all forms of social media and only uses Twitter on occasion. When it comes to her personal life, the actress is very discreet.
Bernard had a connection with Tony Thomas, an American television producer.

Bernard revealed she had known Thomas for fifteen years when attending the premiere of the 2002 film Road to Perdition. They met at St. Jude Children’s Research Hospital, where they both worked.

Thomas had taken the initial step in the relationship, according to Bernard, and they had been dating for nearly two years.

However, their love was short-lived, since Thomas married Ann Souder in 2005.

The Views of Crystal Bernard on Marriage

When asked if she had any plans to marry in the aforementioned interview, Bernard shared her views on marriage.

According to the Gideon actress, marriage is merely about the paperwork and the certainty of financial support following a divorce. When she’s in love, she doesn’t think it’s necessary to tie the knot, because it would simply complicate things.

The Acting and Singing Career of Crystal Bernard

Her acting roles in films like Young Doctors in Love, Grave Misconduct, and Welcome to Paradise catapulted her to stardom.

Bernard has had a passion for music since he was a child. Her singer father, Dr. Jerry Wayne Bernard, had an influence on her.

In the 1980s and 1990s, she collaborated with modern musicians and gained fame for her duet with Peter Cetera. After its debut in 1995, their song ‘(I Wanna Take) Forever Tonight’ became a contemporary success.

After that, in 1996, she published her first album, ‘Girl Next Door.’ ‘Don’t Touch Me There,’ her second country album, was released three years later.

Related Posts of Is Crystal Bernard currently married? She previously stated that marriage is not a priority for her