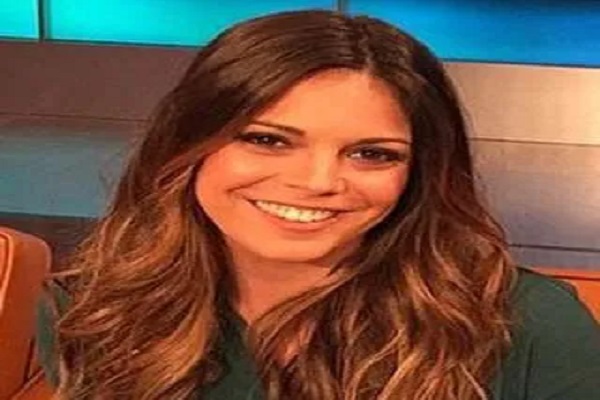 Katie Nolan and her comedian boyfriend Dan Soder have kept their personal facts private, avoiding any obvious clues that could reveal their relationship status.

Thankfully, their rare mention of one another in tweets and a special interview has allayed fans’ fears over whether or not they are still together.

Appearances by Her Boyfriend on Her Shows

It’s reasonable to assume that Nolan and Soder met for a professional reason and struck it off. Since 2015, the Billions actor has been in several of Nolan’s series.

On November 19, 2015, he appeared on Katie Nolan’s Garbage Time, where the two discussed his love for Blaine Gabbert and pro wrestling. He joined the ESPN host on many episodes after that, including her podcast, Sports?

Despite this, the Boston native has hinted at their blossoming friendship in a series of tweets.

She wrote in April 2020 that if she had to produce a quarantined couple podcast episode, she would talk about her first time seeing pro wrestling matches.

When a Twitterati responded he could bet she didn’t know much about wrestling, she said it wouldn’t be a problem because her boyfriend — presumably Soder — did.

Similarly, when Dunkin’ apparel products were announced for sale via a tweet on November 13, 2020, Nolan named her partner in the response and asked if he would buy them for Christmas. Dolan responded with a hilarious Santa Claus gif, as is his custom.
Despite the fact that the couple never addressed to one other as boyfriend and girlfriend, viewers may easily guess about their budding romance.

“Is my favorite comedian dating my favorite sports gal?” one fan speculated about their relationship. Another follower responded that they had been dating for nearly a year.

Soder tackled the dating reports with Kevin Clancy on January 14, 2021.

He talked about how strange it was for him and his partner to have their relationship news in the news. Their romance was reported in several magazines, including Page Six.

People were more interested in his dating situation than in his profession, according to the stand-up comic. He stated that he has always preferred to keep his personal life out of the spotlight and that he never uses people’s names in his comedic sketches.

The Guy Code star also added that he felt fortunate to be in such an unusual circumstance with Nolan. He confirmed their relationship status and claimed they met at work and fell in love.

Soder then complimented his fiancée, adding she was a joy to be around and a wonderful person.