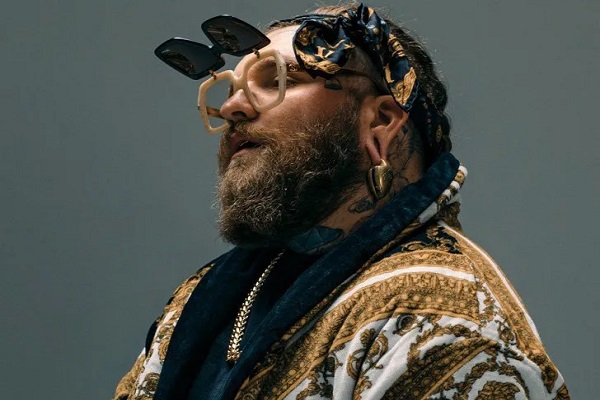 Teddy Swims, a.k.a. Jaten Dimsdale, has captivated millions of hearts with his YouTube interpretations of Marvin Gaye, Billie Eilish, and Shania Twain hits over the last three years.
On social media, the soulful singer has amassed a sizable fan base, with some even sending him marriage proposals. But for the time being, the great singer-songwriter is booked.
Exposed Valentine’s Day Relationship

The artist has never spoken openly about his relationship status in the media, but his social media accounts reveal a lot about his personal life. He’s been dating Nelly for a while now.

On Valentine’s Day 2020, Swims made a public statement regarding his romance. “Learning every day that home isn’t a place, Happy Valentine’s Day,” he captioned a slideshow of two photos he shared with his ladylove on Instagram. His partner returned the emotion by posting the photo on Instagram with a touching remark. “I’ve loved you for so long, and to be honest, I can’t recall a moment when I didn’t love you,” she wrote.

“I love you, my queen,” the adoring boyfriend wrote on the post. The post’s comment section was flooded with individuals expressing their joy for the pair and wishing them a long journey together. “Congratulations, I didn’t know you were married, but I’m really pleased for you,” one person wrote, while another inquired if she was Teddy’s girlfriend, to which Teddy answered, “absolutely!”

In addition, on his 28th birthday, Nelly released a series of images and videos (which have since been removed). She referred to him as her best buddy in the caption, saying that he brings her joy and happiness every day.
Is Nelly the Wife Who Has Abandoned Him?

In October 2016, Swims tweeted that his wife had left him a month before and that he was alone. The great aspect is that in January 2020, his girlfriend Nelly tweeted that they had been together for ten years. When comparing the two tweets, it’s possible that the couple reconnected after a difficult period in their relationship, and that they were married.

Nelly also wrote on how life offered them a second opportunity and how they were fortunate enough to be drawn back to each other at the opportune time in their lives, proving that they had reconciled after a previous breakup.
Fans Want the Singer to Marry Them

Swims’ melodic voice seemed to have captivated the hearts of his fans. They are taken by not just his singing, but also his bearded appearance. The musician is receiving multiple marriage offers via Twitter and Instagram, according to reports.
“Teddy Swims, I’m going to marry this man,” one of his followers tweeted in response to some of his Instagram postings begging him to marry them. That would have been interesting to watch his reaction to it, but he’s currently booked.

Related Posts of Is Teddy Swims’ current girlfriend his ex-wife?