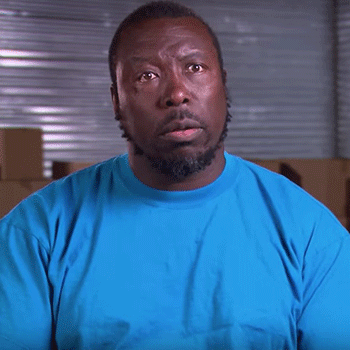 Ivy Calvin is an American reality television personality best known for his appearance on the A&E Network reality television series Storage Wars since 2012. He is confident, outspoken, and determined. Calvin is a former arena football player and Mixed Martial Arts fighter who is also known as The King of Palmdale. He’s also a successful businessman who owns Grandma’s Attic and has built a name for himself as someone who isn’t scared to pursue his goals.

Ivy Calvin was born in California on September 10, 1971, under the Virgo zodiac sign, which describes him as modest, intellectual, and attentive. He went to California State University, Northridge, for his schooling. He was a linebacker for the football squad at the institution.

The career of Ivy Calvin

After Dave Hester’s resignation from Storage Wars in the third season, Calvin began his career in the entertainment industry as a part-time cast member. He joined the show as a regular cast member just after the sixth season, and he’s been bidding ever since. Calvin has participated in 50 episodes since joining the group, cementing his reputation as a show’s core member, a confident, assertive, and determined shopper, and a fan favorite. Other cast members include Brandi Passante, Darrell Sheets, Brandon Sheets, Kenny Crossley, Laura Dotson, Dan Dotson, and Mary Padian.

His early career, however, was quite different. Ivy Calvin was a professional arena football player and a Mixed Martial Arts fighter before becoming famous for his work on Storage Wars. He was able to improve his competitive mentality and determination as a professional athlete.

He spent a decade or more looking through various auction shops and storage sales. In 2009, he focused on himself and opened his own resale business in Palmdale, California. Grandma’s Attic, the store’s moniker, has earned it a reputation for quick turns and outstanding client relations, thanks to its steady intake of products.

Calvin dubbed himself the King of Palmdale after his thrift business became a big hit. He is still involved in athletics and worked as an assistant football coach at Vasquez High School. He has also aided in the gathering of donations for schools through Facebook.

Calvin has amassed a significant fortune from his work as a businessman and television performer. His net worth is $1.5 million, according to Celebrity Networth. However, his compensation is unknown because it is still being investigated, but trustworthy sources claim that he earns roughly $175 thousand per season as a host on Storage Wars. He earns money from sports, which is his second source of income. Calvin is also dedicated to philanthropic work and frequently promotes various fundraising activities on his Facebook page.

The couple is rarely seen together in public, however, they were caught together in April 2014 at the Reality Wanted Awards in Los Angeles, California. Ivy Jr. and Isaiah are the couple’s two children. Ivy Jr. and Isaiah, his sons, participated in an episode of Storage Wars alongside their father. The former participates in three sports: football, basketball, and track and field.

Calvin enjoys spending time with his family in his spare time, especially hunting and fishing with his children. With his wife and family, he also enjoys traveling across California. The four-person family currently lives in a three-acre home in Acton, California.