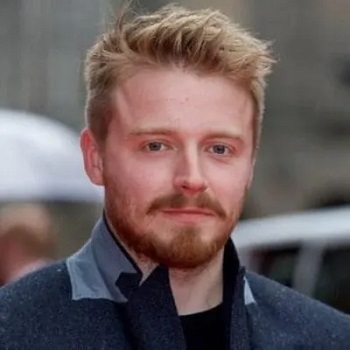 Jack Lowden is a Scottish actor who has appeared on television, in films, and on stage. He switched his talents to acting in the cinema after playing in theatre for more than four years, and has acted in films such as 71, Dunkirk, and, most recently, Fighting with My Family.

Jack Lowden is a prestigious Royal Scottish Academy of Music and Drama alumnus.

Jack Andrew Lowden, better known as Jack Lowden, was born in Chelmsford, Essex, England, on June 2, 1990. Father Gordon Lowden and mother Jacquie Lowden had two sons, one elder than the other. Calum, his younger brother, was a professional ballet dancer. Jack, unlike his brother, was more interested in performing and enrolled in Edinburgh’s Scottish Youth Theatre. He went to Earlston High School and studied at the Royal Academy of Dramatic Arts in London over the summers. He earned a Bachelor of Fine Arts degree in acting from the Royal Scottish Academy of Music and Drama in 2011. Jack was a dedicated participant in his school’s performances, even performing for the Galashiels Amateur Operatic Society.

In Christopher Nolan’s Dunkirk and WWE’s Fighting With My Family, Jack made cameo appearances.

Jack has a long history in the theatre, having been a member of the cast of the critically acclaimed drama Black Watch, which toured extensively throughout England, Scotland, and even the United States.

He subsequently went on to play Eric Liddell in the Chariots of Fire stage adaption. Jack rose to notoriety after playing Oswald in the stage production of Ghosts. He won an Olivier Award and an Ian Charleson Award for Best Actor in a Supporting Role for his performance.

The Tunnel, a British-French crime drama TV series, featured Jack heavily. In the TV mini-series The Passing Bells, he also played Michael. He played Count Nikolai Ilyich Rostov in the TV adaptation of Leo Tolstoy’s novel of the same name, and he was in the principal cast of the BBC historical drama miniseries War & Peace.

In Christopher Nolan’s 2017 World War II movie Dunkirk, he played Collins, a Royal Air Force fighter pilot, as one of the major cast.

Fighting With My Family, WWE’s 2019 biographical sports comedy-drama, was the actor’s most recent role. He starred as Zak Knight and also served as a producer alongside Vince Vaughn, Dwayne Johnson, and Lena Headey.

Jack Lowden has amassed a fortune of one million dollars.

As of 2019, Jack Lowden’s net worth is estimated to be approximately $1 million. Aside from a successful stage career, the Scotsman has also starred in blockbusters like Dunkirk ($526.9 million) and Fighting with My Family.

Jack’s present address is stated as Edinburgh, Scotland. Despite the fact that he is a well-known actor, his personal life has been rather private.
In 2018, when they both starred in the film Mary Queen of Scots, he was reported to be dating Irish actress Saoirse Ronan for a short time. However, neither party was willing to accept or deny the rumors, and nothing tangible came of it.