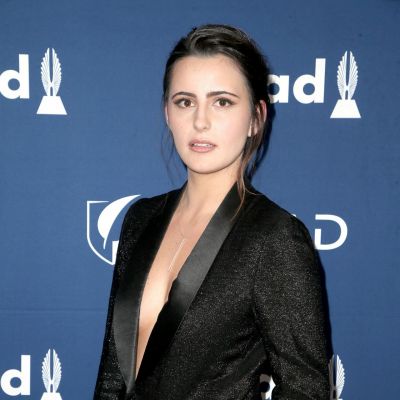 Do you know Who is Jacqueline Toboni?

Jacqueline Toboni, an aspiring American actor, rose to stardom from 2014 to 2017 playing Theresa Rubel, or Trubel, in the fantasy drama TV series “Grimm.” She is currently making a reputation for herself and recently signed on to play Sarah Finley in the upcoming television series “The L Word: Generation Q.”

So, are you interested in learning more about Jacqueline Toboni, from her early years to her most recent professional efforts, as well as her personal life? If so, follow along as we introduce you to this aspiring actress for the duration of the essay.

The daughter of an Italian father and an Irish mother, Jacqueline Rose Driscoll Toboni was born on February 18, 1992, in San Francisco, California, in the United States. Jacqueline is the youngest of five children. She has three elder brothers—Michael, Joey, and an unnamed third brother—as well as a sister, Gianna, who works as a reporter for Vice Media. In her birthplace, she attended St. Ignatius College Preparatory, where she graduated in 2010.

She participated in the Young Conservatory at the American Conservatory Theatre while she was a student at St. Ignatius, after which she enrolled in the University of Michigan, where she earned a Bachelor of Arts in Theatre in 2014. Following graduation, she spent time polishing her craft at several training facilities and institutes, including the Williamstown Theatre Festival, Movement Theatre Studio, and the esteemed Royal Academy of Dramatic Art in London.

Jacqueline began her career before she completed her education; in 2014, she was cast as Theresa Rubel, better known as Trubel, in the fantasy drama TV series “Grimm.” She appeared in more than 30 episodes of the immensely popular series between 2014 and 2017, which helped to vault her to fame. Since then, she has continued to have some success, first with the recurring character of Jo in the TV comedy series “Easy” from 2016 to 2019, then with the role of Officer Leanne Tracy in the TV crime-drama series “Major Crimes” (2015).

She is currently quite busy as she works on several projects, the most anticipated of which is the TV drama series “The L Word: Generation Q,” which is currently in pre-production. She is also working on several films, including the thriller “The Stand at Paxton County,” in which she will co-star with Christopher McDonald and Michael O’Neill, as well as the mystery crime-drama “The Bygone,” in which she will also have one of the lead roles alongside Shawn Hatosy and Rich

Jacqueline recently started her career and is now well-known. Her success has greatly increased her riches. Have you ever wondered what Jacqueline Toboni’s net worth is as of the middle of 2019? According to trustworthy sources, it has been estimated that Toboni’s net worth is as high as $800,000, which is fairly excellent, bearing in mind that she has just begun her profession. In the next years, her wealth will undoubtedly expand if she keeps up her current pace.

What do you know about this young actress’s private life? She hasn’t been outspoken when it comes to disclosing such information; nonetheless, despite her private personality and a few films in which she played lesbian characters, she hasn’t revealed anything specific about her romantic relationships. We can only presume that Jacqueline is single and devoted to her advancing career until that occurs. We can only hope that she would soon tell the fans about her interests.

Jacqueline has amassed hundreds of thousands of followers across a variety of social media sites, most notably Instagram and Twitter, though she is also active on Facebook. With more than 120,000 followers on her official Instagram profile, she has shared her most recent professional initiatives with them, including the most recent season of “Easy” and other posts that further her career. Jacqueline has more than 34,000 followers on Twitter and uses it frequently to promote her business as well as to voice her support for women’s rights in various posts. Jacqueline can also be found on Facebook, where she has a little under 18,000 fans.

If you aren’t already a fan of this aspiring actress, now is the time to change that. Simply visit her official pages to find out what she is up to next on both a personal and professional level.