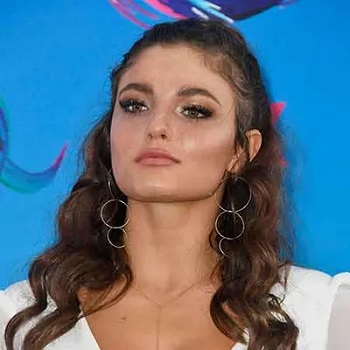 Jade Chynoweth is one of the fortunate people who has had her dream come true. She is a rising actress and dancer who has been cast in a number of films and television shows. Following her role in the historical fantasy war picture 300: Rise of an Empire, Chynoweth became well-known. She has established herself as a prospective artist with a long way to go as a result of her appearances in many Hollywood blockbusters. Aside from her successful acting career, the actress has a low-key personal life.

Jade Chynoweth has been taking dance classes since she was two years old.

Jade Chynoweth was born in Park City, Utah, on August 21, 1998. Her zodiac sign is Leo, and she is a self-assured and conscientious individual. She spent the majority of her childhood in Park City, Utah, with her family. In terms of nationality, Jade is an American, and in terms of ethnicity, she is a White woman.

Her mother was a dance teacher at her aunt’s studio, and she learned to dance with her mother from an early age. She began taking the lesson when she was two years old and became a perfect dancer when she was six years old, according to sources.
In terms of education, she graduated from high school in 2016, but details about her subject area and university have yet to be published.

Jade Chynoweth is a talented dancer who began her professional career in 2012 with the musical Dr. Fubalous. She was cast in a modest role as a street dancer in the musical drama.

Chynoweth’s breakout role came after her debut in the American epic historical fantasy war film 300: Rise of an Empire. Artemisia, a 13-year-old girl, was played by the actress. She appeared in the film alongside well-known actors such as Sullivan Stapleton, Eva Green, Lena Headey, Jack O’Connell, Callan Mulvey, and others.

She has also appeared in a few television episodes in addition to her film performances. She has been playing Kathleen Nolan, a recurring character in the popular American action-drama TV series The Last Ship, since 2015. Eric Dane, Rhona Mitra, Adam Baldwin, Jocko Sims, and more well-known actors appear in the series.
The actress most recently played Odalie Allen in the 2018 drama web series Step Up: High Water as the lead role.

She is a YouTuber who usually posts dance cover videos on her channel in addition to her acting profession. In April of 2015, she began uploading videos to YouTube under her own name. She has around 144.43k subscribers and over 21 million views as of 2019. She uploaded a wedding dance YouTube video in June 2019. It quickly went viral.

Jade Chynoweth is an up-and-coming Hollywood actress who has had a long and successful career. Chynoweth makes a respectable living from her acting and dance abilities, but there is no accurate information on her net worth. The actress is said to have a net worth of $2 million, according to some sources.

The actor is paid roughly $56,000 per year in the United States, so she could be paid in the same range. She also earns money through the Instagram platform, where she has over 2 million followers. She earns between $4,868.25 and $8,113.75 for every sponsorship post, according to Influencer Marketing Hub.

The beautiful actress Jade Chynoweth is living a happy life, but there is no information about her romantic relationship as of now. She appears to be entirely focused on her career endeavors rather than dating or having a boyfriend.

On Instagram, the actress has a massive fan base of over 2.4 million followers. Similarly, as of 2019, she has over 58.6k followers on Twitter.