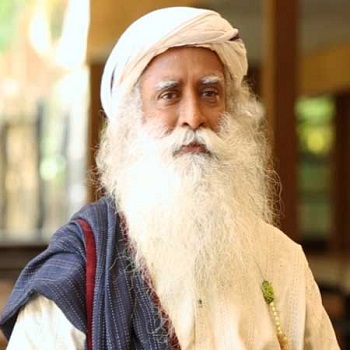 In the world of Yoga, Sadhguru Jaggi Vasudev is a well-known figure. He is a Yogi, Mystic, Visionary, and Humanitarian whose life has influenced millions of people all over the world. He is a spiritual leader who has dedicated his life to various social and community development activities, receiving positive feedback from the public.

Sadhguru was born in Mysore, India, on September 3, 1957, as Jagadish Vasudev. He is of Indian descent and belongs to the Brahmin ethnic group. Susheela and Dr. Vasudev are his parents. He is the youngest of his parents’ four children.

His father worked for the Indian Railways as an ophthalmologist. As a result, the family was constantly moving from one location to another. His encounter with Malladihalli Sri Raghavendra Swamiji, who taught him a set of simple yoga asanas, had a significant impact on his decision to pursue a career as a yogi. He continued to practice yoga on a regular basis and became more interested in it.

Sadhguru was educated at Mysore’s Demonstration School, where he graduated in 1973. He then transferred to the University of Mysore, where he developed a passion for motorcycles and travel. He and his friends would frequently congregate in the Chamundi hill near Mysore for nocturnal drives.

Sadhguru claims that the simple yoga he was taught continued without a single day’s break, eventually leading to a much deeper experience. On his motorcycle, he visited many different parts of the country.

Sadhguru’s travels prompted him to resolve to make some quick cash. He went on to establish a number of successful businesses, including poultry farms, brickworks, and construction companies.

Sadhguru began expanding his yoga classes across Karnataka and Hyderabad while riding his motorcycle. In 1994, he held his first program on the premises of the newly opened Isha Yoga Center. Dhyanalinga, a yogic meditation temple, is how he describes yoga.

In 1992, Sadhguru founded the Isha Foundation, a non-profit and non-religious organization. The nonprofit is run entirely by volunteers and offers a variety of yoga-based programs to help people become more self-aware.

India, the United States, the United Kingdom, Lebanon, Singapore, Canada, Malaysia, Uganda, China, Nepal, the Netherlands, and Australia are among the countries where the Isha Foundation offers yoga programs. In 1993, he established Isha Yoga Center near Coimbatore.

He is a well-known author in addition to his contributions as a yoga teacher. Throughout his life, he has written a number of books. Inner Engineering: A Yogi’s Guide to Joy is one of his works that has already made it to the New York Times bestseller list in multiple categories.

The book tour took place in 17 cities across North America, with an estimated 26,000 people attending the launch events. The books are “full of practical tools to begin one’s self-transformation journey,” according to the Huffington Post review.

Awards and Achievements of Jaggi Vasudev

The Government of India awarded Sadhguru the Padma Vibhushan Award on April 13, 2017. He is also one of the founding members of Project Greenlands. This organization received the Indira Gandhi Paryavarana Puraskar from the Indian government in June 2010.

Inner Engineering: A Yogi’s Guide to Joy is a spiritual and self-help book written by Jaggi. It was the biggest success, even making the New York Times bestseller list. It’s also available on Amazon for $10.29 for the Kindle edition and $14.39 for the hardcover edition.

Jaggi Vasudev’s Wife: Who Is She?

Sadhguru is currently 59 years old. Through his yoga programs, he has helped people all over the world.

Sadhguru married Vijaykumari (Vijji) in 1984, and they have a daughter named Radhe Jaggi as a result of their union. Radhe, his daughter, is a Bharatnatyam dancer who earned a Diploma in Bharatnatyam from the Kalashetra Foundation.

Radhe, his daughter, is married to Sandeep Narayan, a vocalist and musician from Chennai. On September 3, 2014, the wedding ceremony took place at Isha Yoga Center on the outskirts of Coimbatore. Vijayakumar, his wife, is no longer alive. She died on January 23, 1997, according to reports.