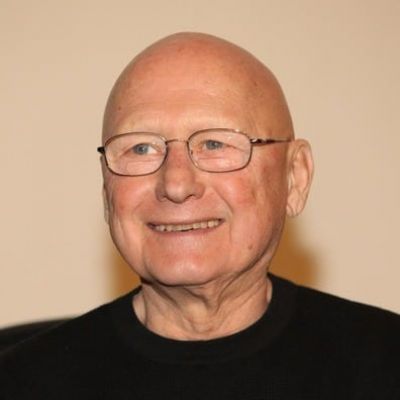 James received his education at Coe College, Eastern Arizona College, the Actors Studio, and the University of Iowa. He spent a year in the US Navy before studying at the Actors Studio with Stella Adler and Lee Strasberg.

In 1945’s “Love and Death,” he played Napoleon Bonaparte and his impersonator. The Woody Allen comedy was a satire on Russian literature. He played Tom Paine in “Independence” the following year.

In 1973, he portrayed Lt. Steiger, a homophobic cop, in “Serpico.” His character accuses Officer Serpico and another cop of having a gay encounter in the men’s bathroom. The neo-noir biographical crime was directed by Sidney Lumet.

In 1979, he played a Coroner in Stuart Rosenberg’s supernatural horror film “The Amityville Horror,” based on Jay Anson’s 1977 novel of the same name, and starring Margot Kidder and James Brolin. Margot and James play a young couple who buy a house and are haunted by the forces that inhabit it. The story is based on the Lutz family’s experiences in Amityville, New York. Serial murders had occurred in the house a year before they moved in. In 2005, a remake of the film was released.

In 1983, he appeared in two films. In “War Games,” he played FBI Agent George Wigan, which received three Academy Award nominations and several awards, including a Saturn and a BAFTA. “WarGames” is a collection of four short films based on urban legends. He also played Bishop in “Nightmares,” an American horror anthology starring Veronica Cartwright, Lance Henriksen, Emilio Estevez, and Cristina Raines.

In the 1985 film “Back to the Future,” directed by Robert Zemeckis and starring Christopher Lloyd and Michael J. Fox, James played Gerald Strickland.

He is a 5ft 6in (1.68m) tall bald man. James has blue, intense eyes, which help him play characters who are overbearing and strict.

As of mid-2020, James Tolkan net worth is estimated to be more than $5 million.