Janice Huff and her husband Warren Dowdy married during the Christmas season to commemorate her parents’ 50th wedding anniversary.

Warren Dowdy has been Janice Huff’s husband since she was eight years old! 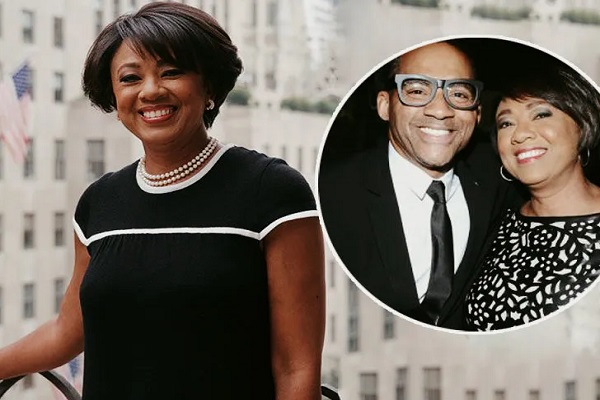 Janice Huff is one of the most distinguished and experienced weather forecasters. She has been serving as chief meteorologist at WNBC, New York, since 1996.
The same year, she also tied the knot with her husband Warren Dowdy, a stock analyst. The day of her wedding was special for one other reason, too, since it was also her parents’ wedding anniversary.

Huff Has Known Her Husband since She Was a Kid

The meteorologist has known her now-husband Dowdy since her childhood. To be precise, she was 8 years old when she knew him for the first time.
Speaking with New Jersey Monthly in March 2010, Huff revealed that her husband lived next door to her family in Morristown, New Jersey.

“I’m very much at home in New Jersey. My husband is from Morristown, and I have family that lived next door to him,” she said. “We used to visit in the summer to see my family. That’s how I met my husband—I’ve known him since I was 8 years old.”

Her husband Dowdy reportedly is four years younger than her wife, who is presently 60-year-old.

The Couple Were Out of Contact for Almost 20 Years

Though Huff and her husband knew each other since their childhood, there was a time when the couple was out of contact for almost 20 years.
During a conversation with the New York Post on March 17, 2011, the meteorologist stated that she stopped visiting her family in Morristown after 1976.

But one day, in 1995, out of nowhere, Dowdy contacted her and invited her to his sister’s birthday.

“Out of the blue, Warren called and invited me to his sister’s birthday dinner. I had an apartment then near Columbus Circle, and he drove me back to the city. “

They never stopped communicating after that meeting. Call it coincidence or time, but they developed affections for each other and have been together ever since.

They Had a Christmas Wedding That Was Extraordinary

The power couple got engaged in March 1996, just a year after their reconnection.

They then purchased a home in Denville, which they decorated with the help of Marshall Watson Interiors. By October of same year, they had also moved in together.
Dowdy then considered getting married once some more time had passed, but Huff had other ideas. They took their wedding vows in December 1996, following her example.

The wedding was planned in just over a weekend by the WNBC meteorologist. “I didn’t want to wait, and he did. So I arranged our entire wedding over the course of a weekend “In 2003, she told the New York Times.

Their wedding day was made even more special because it fell during the Christmas season and coincided with Huff’s parents’ wedding anniversary. In the year 1947, her parents tied the knot.
The legally married pair remains together and spends their vacations in Hawaii, which she refers to as her “second home.”

Related Posts of Janice Huff and her husband Warren Dowdy married during the Christmas season to commemorate her parents’ 50th wedding anniversary.