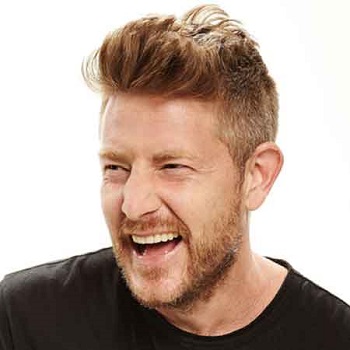 In today’s world, social media has become the most effective means of gaining recognition, and millions of individuals are vying for it. However, only those with a unique idea, talent, or beauty have made it far enough to be dubbed an internet superstar, and Jason Nash is undoubtedly one of them. He began his career as a Viner and is now a well-known YouTuber, filmmaker, writer, actor, and comedian. Nash rose to fame after appearing on the show Last Comic Standing in 2010 as a semi-finalist. In addition, he produced, directed, and performed in a number of films and web series, including Jason Nash Is Married and FML.

Jason Nash was born on May 23, 1973, under the sign of Gemini, in Boston, Massachusetts, United States. His parents are of Asian ancestry.

He attended Amherst College of the University of Massachusetts. Following that, he joined Saturday Night Live to work alongside Norm Macdonald. Nash relocated to Hollywood in 2001 and joined VH1’s sketch show Random Play.

Nash went on to write and direct episodes for NBC, Comedy Central, Fox, and a variety of other networks. He quickly established his own internet persona on the six-second video site Vine, gaining over 2 million followers.

He migrated to YouTube once Vine closed down. Nash has over 3.16 million subscribers to his Youtube vlogging channel, where he posts vlogs and videos.

Nash also created the Jason Nash Is Married online series. He also directed and starred in a web series that was subsequently turned into a 2014 feature.

Later, he wrote How to Be a Man and The Shaman, two more online series. FML, a road trip comedy directed and starring Nash, was released in 2016.

Jason Nash is a successful businessman who earns a lot of money. According to celebrity net worth estimates, his net worth is around $1 million. Online sketches, TV appearances, stand-up acts, and YouTube videos are his primary sources of income.

Nash also has his own clothing line (merch), with the majority of his items costing between $22 and $45 per.

See also: Jaclyn Hill Is One Of The Highest Paid YouTubers: What Is Her Net Worth? Her Residences And Automobiles

Trisha Paytas, an American media personality, recording artist, actress, and entrepreneur, was Jason Nash’s girlfriend at the time. On their Instagram pages, the couple frequently uploaded a number of images. They split up in February 2020, however. He’s said to be unmarried as of 2021.

Before that, he married Marney Hochman, his undergraduate sweetheart. The former couple met in college, dated for a long time, and then married.

Wyatt and Charley are their two children. Unfortunately, they separated, and the reason for their split remains unknown because none of them has spoken about it.

1. How did David Dobrich and Jason Nash meet?

Nash was spotted at a comedy club by David, and he was offered a role in his vlogs. He started uploading his own videos later on.

2. How much money does Jason Nash make?

According to celebrity net worth estimates, his net worth is around $1 million. Online sketches, TV appearances, stand-up acts, and YouTube videos are his primary sources of income. Nash also has his own clothing line (merch), with the majority of his items costing between $22 and $45 per.

Jason Nash stands at a height of 4 feet and 11 inches.

Is there a wife for Jason Nash?

He is married to Marney Hochman, his undergraduate sweetheart, and they have two children, a son and a daughter. Unfortunately for them, their marriage did not last and they divorced. Trisha Paytas, an American media personality, recording artist, actor, and entrepreneur, was the subject of his net public connection. In February 2020, the couple also split up. He is currently single, according to reports.