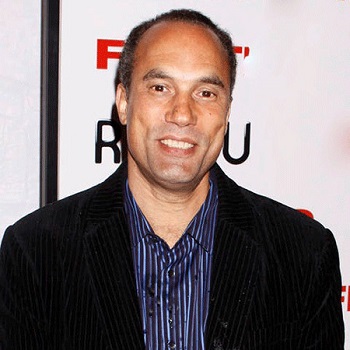 Jason L. Riley is a journalist, political commentator, and author from the United States. He presently works as a FOX News contributor and is a member of The Wall Street Journal Editorial Board.

What is Jason Riley’s age? Where did he get his education?

On July 8, 1971, Jason L. Riley was born. As of July 2020, he is 49 years old. Riley was born and reared in Buffalo, New York, and received his Bachelor of Arts in English from the State University of New York at Buffalo.

Jason Riley began his career as a reporter for newspapers such as the Buffalo News and USA Today. In 1994, he joined The Wall Street Journal as a copyreader and contributed to the national news desk in New York.

Riley was appointed to the newly created position of editorial interactive editor in April 1996. In 2005, he joined the editorial board of The Wall Street Journal, over a decade later.

Riley is also a senior fellow at the Manhattan Institute for Policy Research, a conservative non-profit think organization situated in New York.

Riley is also a contributor to the Cable-Satellite Public Affairs Network (C-SPAN), which broadcasts government and public affairs programming from the United States.

Jason Riley is also a prolific author, having published three non-fiction books to date, including Let Them In: The Case for Open Borders in 2008, Please Stop Helping Us: How Liberals Make It Harder for Blacks to Succeed in 2014, and False Black Power? in 2017.

Is Jason Riley married or unmarried? Is he the father of children?

Jason Riley has been married to Naomi Schaefer Riley since 2004. Naomi works as a blogger for The New York Post, among other publications, and is a journalist, syndicated columnist, lecturer, non-fiction writer, and editor.

The couple is the parents of three children. Riley and his family are reported as living in New York.

What is Jason Riley’s estimated net worth for the year 2020?

Jason Riley is thought to have a net worth of about $500,000. His fortune stems from his work as a journalist. He has worked as a journalist for the Buffalo News and USA Today, among other publications. Since 2005, he has been a member of The Wall Street Journal Editorial Board. Riley is also a FOX News contributor, having featured on series such as Journal Editorial Report and a slew of others. He’s also a C-SPAN contributor.