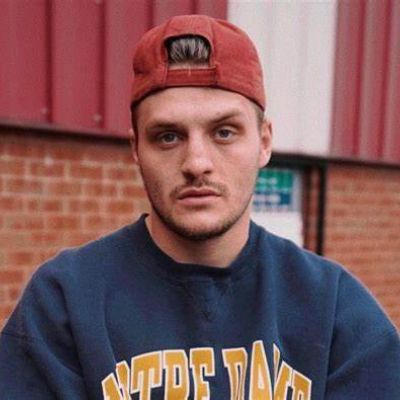 Do you know Who is Jay Swingler?

In addition to YouTube, he is active on other social media platforms. On Instagram, he has over 1.1 million followers under the handle ‘@byjayswingler.’ He’s also on Twitter, where he’s known as ‘@JayFromTGF,’ and he has over 641K followers. Jay also has 561.5K followers and 2.6 million likes on TikTok.

Jay Swingler first appeared on the scene on March 17, 1995. He is 26 years old and the Pisces zodiac sign. He was born at Wordsley Hospital in Wordsley, near Dudley, West Midlands, England. Both Jay’s mother and father have appeared in his videos. He has a younger sister as well. Gatsby is his canine companion.

Swingler attended Halesowen College and majored in photography and film. He didn’t like it and left. He played semi-professional football for the Kidderminster Harriers. Later, he left the sport to focus on his YouTube career.

Jay has kept his body in good shape. He has a wonderful personality. He has not specified his exact height and weight. There is no additional information about his physical characteristics. His hair is blonde, and he has hazel eyes.

Jay Swingler began posting Call of Duty gaming content on YouTube when he was 12 years old. He began by posting videos infrequently and was not serious about establishing a YouTube career.
Jay and his friend Romell Henry founded TGFbro on May 23, 2012. Following that, the two began uploading strange but intriguing videos to their YouTube channel.
Swingler and Henry have also performed and filmed some truly outrageous activities for their channel, including bathing in a tub of chili sauce, beetroot juice, nachos, and cheese and attempting insane bike stunts.
They frequently record and distribute comedy and prank videos. Because of the things they eat and do, the majority of it usually results in pain and vomiting.
Their videos are typically shot in Dudley, Halesowen, Oldbury, and Birmingham, but they also travel to Leeds, London, and Los Angeles.
In 2015, the two attended VidCon at the Anaheim Convention Center in Anaheim, California. They met with several YouTubers and Viners, as well as pranking and trolling members of the public. “Like this videos if your pet is still alive,” Jay said as he ran up to the stage in the middle of a panel.
Jay and Romell have organized fan gatherings in Birmingham. They mostly encountered fans at Birmingham’s ThinkTank Millenium Point. At this event, fans will be able to meet, photograph, and even write on Jay’s body.