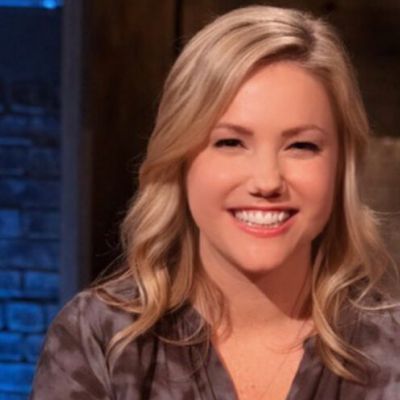 Jaymee Sire net worth of $1.5 million.

Do you know Who is Jaymee Sire?

Jaymee Sire, a former ESPN employee, is a television host and sports analyst. She is currently the host of the podcast “Food Network Obsessed,” which debuted in January 2021 and was nominated for a Webby Award in 2022.

Jaymee has done particularly well in recent years in establishing herself as a prominent television personality. The Montanan subsequently amassed a staggering $1.5 million net worth. Her nearly 15-year journalism career is also the source of her wealth. Although her earnings are unknown, sources say the blonde blogger earns around $84.2k per year.

Jaymee also made $70.9k from her work as a judge on two food competition shows. Her new job at Iron Chef Showdown must pay well, given her background in food and cooking. In a similar vein, the now-food blogger lives in a nice Brooklyn, New York, apartment with her partner. The $787.8k condo is similar in that it has spacious accommodations and looks out onto the vast sky.

Jaymee Sire was born on August 25, 1980, in the Sire family to happy parents Dennis Sire and Wendy Sire. She also spent her childhood in Great Falls, Montana, with her sister, Heather (U.S.). Aside from these, no other information about her parents or siblings could be found. Jaymee, on the other hand, enrolled in a nearby high school to use her voice.

Similarly, she developed an early interest in sports, which led her to pursue a degree in communications. During this time, Sire was enrolled at the Edward R. Murrow School of Communication, which would help shape his successful journalism career. Sire received the Judith Waller Award for Outstanding Senior Woman in Broadcasting from her college for her expertise in the field of broadcasting.

After a fantastic college experience, Jaymee began college. The Montana native honed her reporting skills while attending Washington State University, which helped her land a job at WSU Channel 8. During her college years, Jaymee was also the president of Kappa Delta Sorority.

She is currently 27 years old, having been born in 1980. She continues to take on more responsibilities as she grows older; she can do no wrong. Jaymee is also one of the most lively and inquisitive people you’ll ever meet. The Montana blogger is undeniably beautiful and stands at an average height of 5’5′′. (1.67 m). Furthermore, the foodie weighs a healthy 58 kg (127 lb).

Sire, who is obsessed with food, is well aware of the concept of a restricted diet. The blonde sportscaster’s physique is equally impressive. Despite her petite stature, Jaymee values fitness as much as she does food.

Nonetheless, the attractive food blogger is dating professional photographer Justin Arahoni. If anyone deserves credit for Sire’s Instagram creative and appealing design, it is Justin. The couple began dating over three years ago after meeting by chance on Instagram. Arahoni also commented on one of Jaymee’s posts. They then started talking to each other and discovered that they both have similar interests.

They eventually decided to meet in person, and they are still together after a few dates. Arahoni also works as a professional photographer, event photographer, and freelance baker. Furthermore, Justin treats Sire with the utmost respect that a woman deserves. Likewise, the couple’s lives are filled with love and laughter. They created the hashtag #exploringwithjandj to commemorate all of their adventures and journeys.

Jaymee is not married at the moment. However, Jeff Rosenberg, the president of Tristar Productions, was thought to be dating the former sportscaster. The degree of truth in this situation is unknown at this time.

Jaymee may be best known to you as a culinary blogger in this case. But, in case you forgot, the Great Falls native worked as an ESPN sportscaster from 2007 to 2017. Sire first followed in her footsteps by working as a reporter for KRTV in 2002.
After three years in the position, she decided it was best for her to resign. Jaymee was also hired by KFMB-TV in San Diego. She had previously worked for KFMB-TV, a CBS affiliate.
Sire also worked for NFL Network as a sideline reporter, primarily covering the San Diego Chargers. A full season of preseason broadcasting was part of the job. Sire made a similar impression when she discovered a new job.
Comcast SportsNet pounced this time to secure Jaymee’s services. In the meantime, she would fill in for SportsNet Central, where she would primarily be responsible for sideline reporting for the San Francisco Giants and Golden State Warriors.
Sire has also covered games for the San Jose Sharks, Oakland A’s, Giants PPost-GameLive, and Giants Pre-Game Live.
In addition, before leaving Comcast, she worked as a producing presenter for A Day in the Life: Tim Lincecum in 2011.
The Montana native was finally signed by ESPN in 2013, bringing her professional dreams to fruition. Furthermore, Sire hosted Highlight Express in her debut, a show that was canceled after only a few episodes.