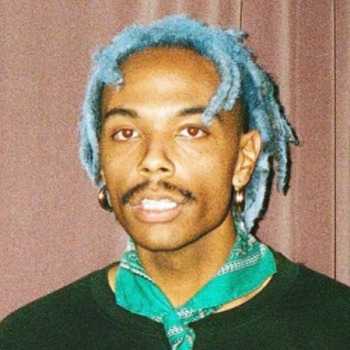 ’90’s Green Screen,’ ‘Blame By Me,’ and ‘Mala Mariposa,’ among others, have made David Dwan Sanders, better known as Jean Dawson, a Mexican-born California-based singer-songwriter and rapper. In 2018, he released his debut single, named “Bull Fighter.” ‘Bad Sports,’ a mixtape from the outstanding singer, was also released.

Jean Dawson was born on this date and in this location.

Jean Dawson was born David Dwan Sanders to a Hispanic mother and a black father in Tijuana, Mexico, on December 22, 1995. Jerome Sanders and Moja Robinson are his two brothers.

He was 25 years old at the time of writing this post. He is of Mexican descent and comes from a mixed ethnic background. After his family relocated to San Diego, he attended high school.

He was always enjoying a diverse blend of music as a kid. In his teens, he was heavily influenced by musicians such as Jay-Z, Kanye West, N.E.R.D., and Nirvana.

Following that, he began writing his own unique songs after hearing Bon Iver and Frank Ocean.

In 2019, Jean Dawson collaborated with producer/songwriter Lecx Stacy on his debut EP, ‘Bad Sports.’ His hit “90’s Green Screen,” “Blame By Me,” and “Mala Mariposa” are among the tunes on the mixtape.

Not to mention, in the song ‘Triple Double,’ the rapper collaborated with A$AP Rocky.

From her music career, the 25-year-old rapper has acquired a sizable fortune. Though his actual net worth is unknown, as of June 2021, he is estimated to have a net worth of $500,000.

He also makes money from merchandise, endorsements, and album sales. He’s Not On Label and Vinyl, LP, Album, Limited Edition, Clear, Unsigned, Bad Sports are also valued at $600.00 on the market.

Is he in a relationship? Is he active on any social media platforms?

Green Screen’s singer from the 1990s is rumored to be single right now. Until now, he hasn’t introduced anyone as his girlfriend or sweetheart. He tries to keep his personal life out of the spotlight and has kept a quiet profile.

Despite this, the rapper is more focused on his musical career and is working on new projects.