Jen Harley and her new boyfriend are causing even more trouble after filing a petition against Ronnie. 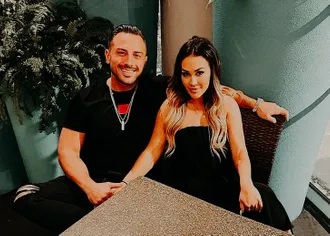 The two began dating in July 2017, but their relationship was fraught from the start. Ortiz-Magro and their family left their Las Vegas home shortly after to film Jersey Shore: Family Vacation. As the show later revealed, the reality star’s behavior during filming made his housemates wonder if he was still faithful to Harley.
In April 2018, the ex-partners allegedly got into a violent brawl after exchanging insults on social media.
The pattern of on-again, off-again dating continued for the majority of their relationship until Ortiz-Magro was arrested and charged with seven offenses, including domestic violence, in October 2019. The following month, he pleaded not guilty to all charges.

Throughout 2020, the ex-couples maintained a cordial relationship and moved on with new partners.

However, the New York native arrested for the second time in Los Angeles in April 2021. However, a source told Us Weekly that Ortiz-Magro was caring for Ariana at the time of his arrest, and Harley was not present. Joe Ortiz-Magro, Hayley’s boyfriend, has filed a petition to have Ortiz-Magro fired from ‘Jersey Shore.’

Jen Harley’s new boyfriend Joe started a petition to have him fired from the Jersey Shore franchise.

“Everyone please go sign the petition to have Ronnie fired,” Joe wrote on his Instagram stories on Monday, April 26. “His victims should no longer have to see his face plastered on your television screens.”

Victim advocates started a petition demanding that the reality television star must removed from MTV because he continues to get away with blatantly abusive behavior. It stated that they will not watch MTV until they formally announce his dismissal.
The petition also stated that MTV should prioritize the victims over him and that his mistreatment must stop. “We stand in solidarity with the victims who abused by Ronnie Ortiz-Magro.” “#METOO,” read the description. According to Us Weekly, Joe also posted a second post in May 2021, which has since been removed. He revealed in the post that the harassment and death threats are no longer an issue for them.

He explained that Ortiz-Magro  has done it to everyone else, and unfortunately for him, he’s met someone who will fight for the lady he loves no matter what.
Jen Harley, 33, made cryptic remarks on her Instagram account prior to making these social media posts. She wrote on Instagram Stories that the abuse continues to this day. According to the real estate agent, now is the time to get out. She also asked her followers not to let anyone make them feel responsible for the actions of others.On Instagram, she also posted a quote that said, “Don’t match anyone’s trash energy.” Maintain yours so that you can attract what you want.”
Harley and her boyfriend’s Instagram photos surfaced after Ortiz-Magro and his current girlfriend, Saffire Matos, addressed his domestic violence arrest on April 22, 2021.

Matos assured fans on Monday, April 26 via Instagram Stories that she and the MTV star were fine. Matos expressed gratitude to everyone who expressed concern.  She clarified everything reported is not accurate. It is not appropriate, she believes, for someone to make false claims in order to gain publicity. Everyone told to leave the Jersey Shore star’s girlfriend alone and not to believe everything they heard.
Ortiz-Magro stated he learned from all of his experiences, discovered who truly cared about him ,through difficult times. According to In Touch, Ortiz-Magro released after posting a $100,000 bond.

Related Posts of Jen Harley and her new boyfriend are causing even more trouble after filing a petition against Ronnie.