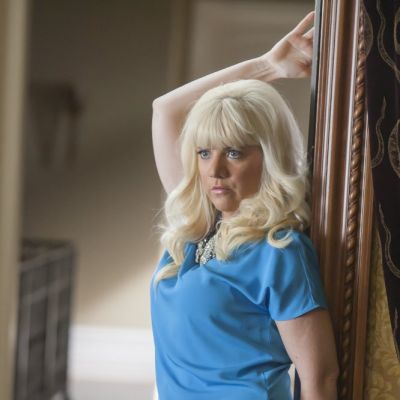 Do you know Who is Jennifer Elise Cox?

Jennifer Elise Cox was born on November 29, 1969, in New York City, New York, USA, and is best remembered for her role as Jan Brady in “The Brady Bunch Movie.” She has also been in various popular television shows since the early 1990s.

Jennifer Elise was reared in New York City by her mother, while little additional information about her family is available. She acquired a great desire to perform at a young age and became active in opera, performing in performances of “Don Giovanni” and “Madam Butterfly” during her youth. She attended a performing arts high school and, after graduation, moved to Los Angeles with her mother to seek a career in the entertainment industry.

She enrolled in the California Institute of the Arts to pursue a Bachelor of Fine Arts in acting. The private art university was founded in 1961, particularly for students of the arts.

They provide a variety of degrees across six schools and were founded by renowned professionals such as Walt Disney. University students create their material, over which they maintain control and copyright. The school is recognized for its more workshop-like atmosphere.

Jennifer Elise Cox’s net worth is unknown. According to sources, she has a net worth of over $400,000 as of early 2020, achieved from a successful career as an actor, both in films and on television, which appears to be continuing.

Jennifer embarked on various jobs after finishing her degree to obtain her breakthrough role.

Cox had her breakthrough in 1995 when she was hired as the middle kid Jan Brady in the film ‘The Brady Bunch Movie.’ She was an excellent choice for the part because she had previously invented the off-Broadway character in “The Real Live Brady Bunch.”

The comedy film is based on the television series “The Brady Bunch,” and it relocates the original characters’ 1970s ideals and fashion sense to a more contemporary location, culminating in a humorous culture clash. The picture was a commercial success, despite a mixed critical reception, with numerous magazines complimenting her portrayal.

She reprised her role in the television series “Wings,” and she was also cast in the show “Murphy Brown” as Shannon, a student in the women’s studies department. She next appeared in the horror thriller “Sometimes They Come Back… Again,” co-starring Michael Gross and Hilary Swank, before reprising her Jan Brady character in “A Very Brady Sequel.” Following that, she appeared as Felice in the sitcom “Clueless,” before returning to her role as Jan in “Moesha.”

Tiffany Riley Clarke, a receptionist in “Lovespring International,” was cast as a recurring character in 2006. The show, however, did not endure long and was canceled after a few months. She then had another recurring part in the sitcom “10 Items or Less,” which she stayed with until its cancellation in 2009.

During the same year, she participated in the Lifetime sitcom “Rita Rocks,” and she was slated to get her Lifetime show, but it was canceled. She had a spate of films in 2011, including “Balls to the Wall” and “Spooky Buddies.” One of her most recent endeavors was the 2016 season of “Idiotsitter.”

Jennifer Elise Cox, like many other actors, is active online through social media accounts, having one on Facebook and using the platform to give updates about her life and post images of her pet cat.

Jennifer Elise Cox also has a Twitter account, where she frequently interacts with followers and posts vintage photos from her career. She also has a Facebook account where she posts similar things to her other profiles as well as job news.