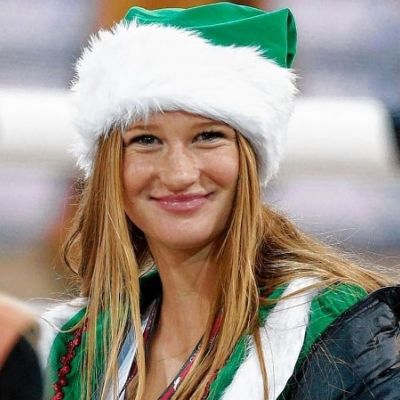 Do you know Who is Jennifer Katharine Gates?

Jennifer Gates was born on April 26, 1996, in Belleview, Washington State, USA, and is the daughter of computer tycoon Bill Gates, one of the world’s wealthiest people. So the daughter of Microsoft’s founder is an heiress, with millions of dollars in her name since birth. Being surrounded by wealth at such a young age has sparked speculation about her lifestyle and endeavors.

Jennifer is now 22 years old; she is not Bill Gates’ only child, but she does share this title with two siblings, Rory John Gates and Phoebe Adele Gates. She grew up in one of the world’s most expensive and technologically advanced homes, valued at $123 million. Their home includes an underground sound system in the swimming pool, among other amenities; the walls also have television screens that can help change the ambiance of the location as needed, depending on the guests and people inside the house. There are also home theaters, multiple kitchens, and garages in the house.

Her father spends a lot of money on her equestrian preparation, even spending $1 million at one point to rent a mansion near the Winter Equestrian Festival in Palm Beach, Florida, where she competed against around 2800 riders from 30 countries. She’s also been given horse estates and rental properties worth millions of dollars, including an equestrian estate in San Diego worth around $18 million that was previously owned by weight loss trainer Jenny Craig – the property includes a guest house, five barns, and an olive grove.

Jennifer Katharine Gates’ net worth? As of early 2018, sources estimate a net worth of $20 million, mostly accumulated as the heiress to Bill Gates’ massive wealth, which is variously estimated to be around $80 billion, as is expected of the person who helped kickstart the personal computer revolution. Jennifer has also made money as a professional equestrian, competing in events all over the world. It is expected that her wealth will increase as she advances in her career.

Jennifer is also known to have a strong online presence, with a large number of Instagram followers. On her website, she primarily displays her passion for horses and various aspects of her equestrian career. She has won large sums of money in competitions and has also promoted events. She’s also been seen on social media, posting photos with her famous parents. She’s also posed with other high-profile celebrities, ranging from actresses to major technological figures. People learned about her romantic relationship with Nayel Nassar, who appears to share her passion for horses, through her online page. He is of Egyptian descent and is a well-known professional rider in equestrian circles. They frequently compete in equestrian events and have traveled extensively together. She was also very active on Facebook, but her page hasn’t been updated in nearly a year. According to what is displayed, she primarily posts videos of her equestrian endeavors as well as a few photographs.