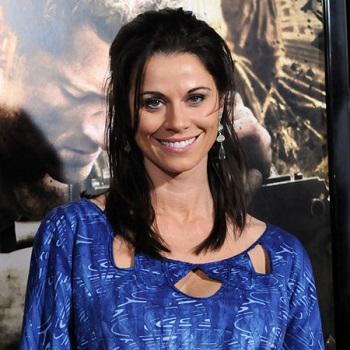 Jennifer Bini Taylor is a well-known actress best remembered for her role as Chelsea Melini on the CBS sitcom Two and a Half Men. She starred in the American sexual thriller film Wild Things in 1998. She also starred in the short-lived television drama Miami Sands as Laura.

Early Childhood Development and Education Jennifer Taylor were born in the United States on April 19, 1972, in Hoboken, New Jersey. She is an American national who does not identify with any ethnic group.

She grew raised in Coral Springs, Florida, and was born in Hoboken, New Jersey. Coral Springs High School was her alma mater, and she graduated in 1990. She graduated with a bachelor’s degree in social science.

She made her acting debut in the sensual thriller film Wild Things in 1998 when she played Barbara Baxter. In the film, she collaborated alongside Neve Campbell.

She continued to work in the film industry, appearing in a number of films. Wild Things, The Waterboy, Rumor Has It, 100,000 Zombies, Ashley, Like a Country Song, and A Date to Die For are just a few of the films she has been in.

She has also demonstrated her active engagement in several television shows in addition to her film career. She’s appeared in shows including Miami Sands, Maximum Bob, Pacific Blue, Diagnosis: Murder, Two and a Half Men, Las Vegas, and Charmed, among others.

Jennifer Taylor’s Salary and Net Worth

Taylor has a good net worth of around $2 million and is a well-paid actress in the profession.

Jenifer Bini Taylor, 44, has amassed a sizable fan base as a result of her live performances. She is an animal lover to the core. She has three dogs that she has adopted.

Taylor has two children and is married. She is married to songwriter Paul Taylor. She met him when she was at the pinnacle of her career and had an affair with him for several years.

In early 1997, she married Paul. Jake Taylor, a boy, and Samantha Taylor, a daughter, are the offspring of this happily married couple. Her spouse and children currently reside in Los Angeles. She revealed in an interview that she grows much of the food for her family in her garden.