Kirson is very content in her marriage to Danielle Sweeney and their two gorgeous daughters. 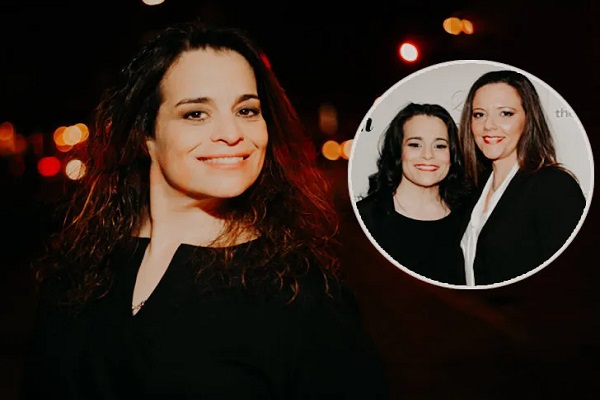 Jessica Kirson, a phenomenally brilliant and delightfully funny standup comic, has always been honest about her sexual orientation. Kirson is happily married to Danielle Sweeney, and they have four gorgeous girls.

Jessica Kirson and Danielle Sweeney have four daughters together

The comedian and her husband, who married in September 2014, have been married for six years and have four beautiful girls together. Zoe, 14, is the oldest daughter, followed by Bella, 5, and one-year-old twins.
Kirson occasionally posts photos and videos of her daughters to her Instagram account. She released a cute video of her and Zoe singing in November 2020.

Kirson also posted a cute challenge with her second daughter Bella on May 20, 2020, in which she had to wait for her mommy to return before eating the Oreo cookies.

Her twin daughters were also shown in the film, sitting at their dining tables and playing with a water bottle.

Bella suffers from a rare form of heart disease

Even though the comic knows how to find humor in the midst of adversity, she is fiercely protective of her children. Bella, her five-year-old daughter, has serious congenital heart condition and has had multiple surgery, with more likely to come.

” She has a major problem. Do you know what I also realize lately? People cannot handle when someone’s not ok. They’ll be like, ‘But she’s ok right?’ and I’m like, ‘No, she has a very damaged heart and it’s not ok.’ I mean, she’s ok right now but she needs more surgery and she might need more than one or two. Her doctor is very good, thank God. “

Kirson told The Interrobang that having a family member who is sick puts everything into perspective and has helped her appreciate the gift of life even more. That’s why she’s so funny and lively around her daughters.

“I’m so playful! I’m too playful! I get them riled up constantly. I love having girls and being silly with them because a lot of times girls aren’t taught to be silly.”

Being the better half of a superstar necessitates constant attention. Not everyone, however, enjoys being the focus of attention.

Perhaps this is why Sweeney rarely appears in public with her lover Kirson and avoids participating in her wife’s social media.
Her Instagram account includes only two posts from over four years ago. Everyone has the right to privacy, which we fully respect.

While Kirson is one of the most well-known female comedians in the world, her better half works in an entirely different field.

Sweeney holds a master’s degree in vocational rehabilitation from St. John’s University and works as a mental health counselor in New York.