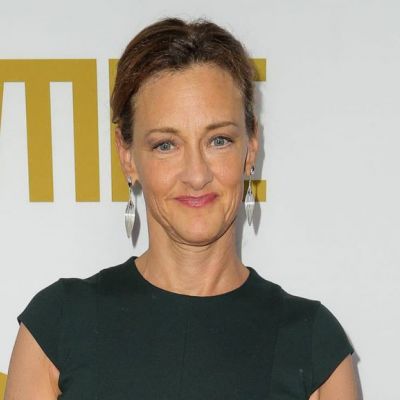 Do you know Who is Joan Cusack?

Joan Mary Cusack was born in New York City, USA, on October 11, 1962, and is an actress best known for her roles in films such as “Working Girl” and “In & Out,” for which she received an Academy Award nomination for Best Supporting Actress.

Joan was born in New York City but raised in Evanston, Illinois; she is of Irish American ancestry and was raised Catholic. She has exposed to the entertainment industry at a young age thanks to her father, filmmaker, and actor Dick Cusack. Because of their father’s influence, she and her siblings would later pursue careers as actors. After graduating from high school, she enrolled at the University of Wisconsin-Madison and graduated in 1984, shortly after which she appeared in several films throughout the 1980s, mostly alongside her brother John Cusack. During this time, she worked on several projects, including “Class,” “Sixteen Candies,” and “Grandview, USA.” She joined the cast of “Saturday Night Live” in 1985, where she played several recurring characters, including the socially inept Salena, and did several celebrity impressions, including Jane Fonda, Brooke Shields, and Queen Elizabeth II.

Along with Melanie Griffith, Sigourney Weaver, and Harrison Ford, Joan Cusack was cast in the 1988 romantic comedy “Working Girl,” which was a huge success and nominated for Academy Awards for Best Song and Best Supporting Actress for Joan and Sigourney. She received an American Comedy Award for the role, and after working on a few more projects, she received another Academy Award nomination for Best Supporting Actress for her work in the 1997 comedy “In & Out,” which also starred Tom Selleck and Kevin Kline. This was one of the few comedic gay films available at the time.

She joined the “Toy Story” franchise two years after that performance and provided the voice of Jessie in the animated movie “Toy Story 2,” returning to the franchise for “Toy Story 3.” She also worked on other projects during the following several years, such as the brief “What About Joan?” sitcom that aired in 2001 and 2002 and the character of Rosalie “Roz” Mullins, the head teacher, in the movie “School of Rock.”

After that, Joan voiced the animated series “Peep the Big Wide World,” and in 2010 she had a cameo on the program “Law & Order: SVU.” The “Shameless” television series, in which she played Sheila Gallagher, the mother of Karen Jackson (played by Laura Slade Wiggins), was her next significant endeavor. In addition to being nominated three times for a Primetime Emmy Award for Outstanding Guest Actress in a Drama Series, Joan’s portrayal would garner a great deal of praise from the critics.

Additionally, she received two Primetime Emmy nominations for Outstanding Guest Actress in a Comedy Series. She won the prize after the second nomination. She continues to work as an actor. Additionally, she provided Jessie’s voice for several video games and television programs that starred the character.

A successful acting career has resulted in sources estimating a net worth of over $8 million as of late 2018.

Cusack married attorney Richard Burke in 1996, and they have two children together. Cusack discovered she was pregnant with her first child during the production of the 1996 film “Mr. Wrong.” Richard is well-known for being the CEO and President of Envoy Global, Inc. She lives primarily in Chicago, Illinois, but also has a home in Three Oaks Township, Michigan. Joan’s siblings John, Susie, Ann, and Bill have all dabbled in acting at some point in their lives. She has appeared in over ten films with her brother John Cusack.