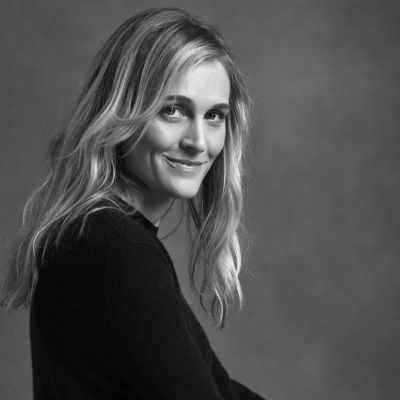 Do you know Who is Joanne Tucker?

Joanne Tucker is an actress, screenwriter, director, and celebrity wife from the United States. She is most recognized for her roles in films such as “Listen Up Philip,” “Give or Take,” and “The Reporter.”

Joanne is a tall woman, standing at 5ft 6in (167cm). Her weight is unknown, but she has an athletic body and a stunning form. Her eyes are brown, and she has blonde hair that reaches her breast and tiny brown hints at the roots.

Joanne was born on June 26, 1982, in Brooklyn, New York City, USA, under the Cancer Zodiac sign, making her 37 years old in 2019 and of American nationality. Joanne’s parents are Caucasian and from the United States. She has a sister, but she has yet to reveal the identities of her other family members.

Tucker finished her high school education at the Private Elite K-12 Dalton in New York. She was later admitted to the Liberal Arts Bard College to study Theater, Arts, and Performance, and she finished with a Bachelor of Arts degree. Joanne graduated from the esteemed Juilliard School of Performing Arts in New York in 2009.

Joanne began her work in the film industry shortly after graduating. Her breakthrough came in 2011 when she earned the lead part of Lindsay in Elizabeth Wood’s short romance drama “Loft.” In 2012, she starred as Valarie in “Gayby,” a romantic comedy film produced by Jonathan Lisecki in which Joanne played Jenn’s coworker and antagonist – Jenn’s character was played by Jenn Harris – and the film also starred Adam Driver, Joanne’s then-boyfriend, as Neil.

Her next part was as Eve, a struggling novelist, in “Listen Up Philip,” a critically acclaimed film directed by Alex Ross Perry that premiered on 20 January 2014 at the Sundance Film Festival and earned The Special Jury Prize at the International Film Festival in Locarno.

Joanne also appeared in the sixth episode of the first season of the American television drama “Billions,” titled “The Deal,” which aired on 21 February 2016 and starred Joanne as Sandy Stearn. That same year, Joanne starred in an episode of the American comedy-drama series “Girls” titled “Hello Kitty.” Her most well-known work was on “Zero Days,” a critically acclaimed American documentary film that premiered in 2016 and was chosen to compete for the “Golden Bear” at the 66th Berlin International Film Festival.
It was one of the top 15 films shortlisted for an Academy Award consideration for Best Feature Documentary, but it just missed out; however, the film earned a Peabody Award in 2017. Joanne’s next part was as Gretchen in the American drama film “The Report.” Scott Z Burns wrote and directed the film that stars Annette Bening and Adam Driver.

It premiered at the Sundance Film Festival on January 26, 2019, and will be released by Amazon Studios in September 2019. Joanne has also worked with the Cincinnati Playhouse, the Classic Stage Company, MOCA, and the Rattlestick Playwrights Theater.

Joanne makes a living by acting and teaching acting at the Juilliard School. Tucker has yet to reveal her annual salary, although reliable sources estimate her net worth to be close to $1 million. As of 2019, her husband’s net worth is reported to be approximately $8 million.

Joanne, like many celebrities, managed to keep her personal life private before marrying. It is unknown who she dated previous to marrying her husband – she married her long-term partner Adam Driver, a celebrity, on June 22, 2013, in front of just close friends and family members. They did not reveal the location to the media.

Adam was in the US Marine Corps before becoming a star in “Star Wars” and the HBO program “Girls.” However, before being deployed abroad, Adam was engaged in a mountain biking accident, which resulted in him being medically discharged. Feeling a touch bored, he enrolled in New York City’s prestigious Juilliard School of Drama.
Adam admits that, while he enjoyed school, he saw that most of his classmates found him serious and intimidating. However, there was one student with whom Adam got along really well. It was Joanne, a stunning blonde (as he described her) who shared Adam’s passion for theater arts and acting. While still in high school, the two became friends and began dating. Adam admits that Joanne assisted him in adjusting to life outside of the military, as well as teaching him certain refinements such as a preference for nice cheese and avoiding spitting on the pavement. She also assisted him in transitioning to a more mature dress code.

Joanne has been able to work with Budweiser to sponsor military scholarships since Adam is a former military guy.

Since their marriage, the two appear to be living a happy life, with no rumors of marital infidelity. They’ve even expanded their family by adopting a rescue dog named Moose, a pitbull/Rottweiler mix that prefers to devour tennis balls rather than fetch them. The couple has yet to conceive children and currently resides in New York City’s Brooklyn Heights neighborhood.