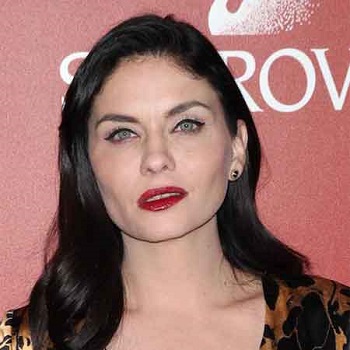 Jodi Lyn O’Keefe is an actress and model from the United States who has worked in the entertainment industry since 1995. She is best known for her roles on Prison Break as Gretchen Morgan a.k.a. Susan B. Anthony and in The Vampire Diaries as Josette “Jo” Laughlin. She has also appeared as a guest on a number of shows.

Jodi Lyn O’Keefe was born in New Jersey on October 10, 1978. She is the youngest daughter of Jack O’Keefe, who works for Merck as a director of labor relations, and Noreen, who is a stay-at-home mom. Jeena and Heather are her older sisters. She grew up in a mixed-race family with Austrian, Czech, Polish, Irish, and Swedish ancestors.

She began her dance training at a young age, learning ballet and tap. O’Keefe attended Saint John Vianney High School in Holmdel, New Jersey, but dropped out due to her desire to work in the entertainment industry.

She began modeling at the age of eight, following in the footsteps of her older sister Heather. She worked as a model for a denim company. She dropped out of high school in order to star in the soap opera Another World. At the age of 17, O’Keefe played Cassidy Bridges, one of the main characters in Nash Bridges, and she made her film debut in 1998 with a role in Halloween H20: 20 Years Later.

After that, she starred in films such as The Crow, Whatever It Takes, and Devil In The Flesh 2. She co-starred as Taylor Vaughan alongside Rachael Leigh Cook and Freddie Prinze Jr. in the teen film She’s All That in 1999.

Later, she starred in the film Out for Blood as Layla Simmons, a vampire. Following her film success, she went on to star in TV shows such as Dharma & Greg, Boston Legal, Charmed, The Evidence, Two and a Half Men, Charmed, and Tru Calling.

She played Gretchen Morgan in the TV series Prison Break from seasons 3 to 4 in 2007. Gretchen was the polar opposite of her and was badass, she said, so it was one of her most challenging roles in the series.

She made another appearance in the video game Command & Conquer: Red Alert 3: Uprising in 2009. In 2014, she starred in the VH1 TV show Hit the Floor and the film Merry ExMas. In the same year, she was cast in a recurring role as Jo in The CW’s The Vampire Diaries’ sixth season.

She is currently starring as Lionel Davenport in the television series Hit The Floor, which she has been a part of since 2014.

Jodi Lyn O’Keefe has a net worth of $1 million.

O’Keefe, who is both beautiful and charming, has not revealed her exact net worth, but some websites claim she is worth around $5 million.

Her main sources of income are her acting and modeling careers. In addition, she has her own clothing line, Queen George Clothing, which she launched on June 22, 2011. She also launched her own jewelry line, Q, in 2012.

The following are a few of her films that have grossed a lot of money at the box office.

When it comes to O’Keefe’s personal life, she is currently unmarried and possibly single. She has, however, had a limited number of relationships in the past. In 1995, she was linked to an American actor named AI Santos, and in 1997, she was linked to Don Johnson, but she never confirmed either relationship. She dated Jamie Gomez in 1998, but their relationship did not last long.

Similarly, she was in a six-year relationship with John Cusack, an American actor, screenwriter, and producer. In the year 2003, the couple began dating. Unfortunately, they broke up in 2009 after six years together due to commitment issues. Cusack did not want to marry O’Keefe because he was not ready to settle down.

Aside from that, there are no rumors about her having any other relationships. She is a frequent user of social media sites and uploads her photos on a regular basis. Together with her colleague Victoria Pratt, she is a licensed bounty hunter.