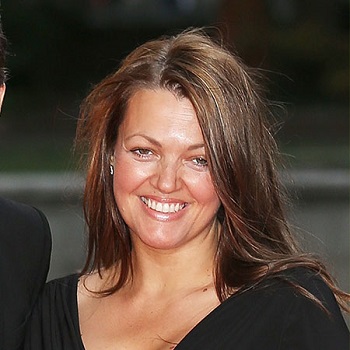 Johannah Deakin was a midwife and a TV assistant before becoming famous as the mother of English musician Louis Tomlinson. Her son, Louis, became a member of the famed English boy band One Direction, which catapulted her to fame. She died in 2016 at the age of 43, shattering the English musician and the majority of his followers.

Johannah Deakin was born Johannah Poulston on March 25, 1973, in Doncaster, South Yorkshire, and grew up there. She went to Doncaster’s local school. There hasn’t been much information released to the media concerning her early life or school background.

Deakin began working as a TV assistant after completing her education. She also worked as a midwife, according to a fandom page, but she remained out of the spotlight until her son Louis Tomlinson rose to fame as a musician. Her son is best known for being a former member of the boy band One Direction, which featured musicians and singers such as Niall Horan, Zayn Malik, Liam Payne, and Harry Styles.

Johannah Deakin’s net worth is unknown.

Johannah Deakin worked as a TV assistant and a midwife, but it’s unclear how much money she made or how much money she had before she died. When it comes to her son, Louis Tomlinson, he has a staggering net worth of $70 million. His primary source of income is his musical career.

Before her death, Johannah Deakin was married to Doctor Dan Deakin. The couple got engaged in 2013 and married in July of 2014. On February 10, 2014, the couple welcomed twins Ernest and Doris Deakin into the world.

She was formerly married to Mark Tomlinson and had four daughters with him: Charlotte, Felicity, and twins Phoebe and Daisy. However, the pair divorced in 2011. One Direction released their first single, What Makes You Beautiful, the same year.

She was also in a relationship with Troy Austin before marrying her husband Mark Tomlinson. The couple stayed together for around a decade, during which time they gave birth to Louis Tomlinson, a well-known musician. Louis was only 5 years old when the couple broke up in 1997. Johannah reared Louis when they divorced, and he legally adopted his stepfather’s surname.

Johannah Deakin died of leukemia on December 7, 2016, at the age of 43. She breathed her final breath at Sheffield’s Royal Hallamshire Hospital. In an emotional speech following her passing, her husband Deakin disclosed that she asked him to share her final message with her son’s fans.

Deakin took to Twitter to pay tribute to his late wife Johannah, writing,

“‘ ‘ “Hello, my name is Dan. Johannah requested that I send this afterward. She wanted to thank you all and express her gratitude for everything you’ve done for her since the beginning.”

‘Not only did you improve Louis’ life, but you also changed hers. Your support is now as strong as it has ever been. So, once again, from Johannah, thank you for everything.