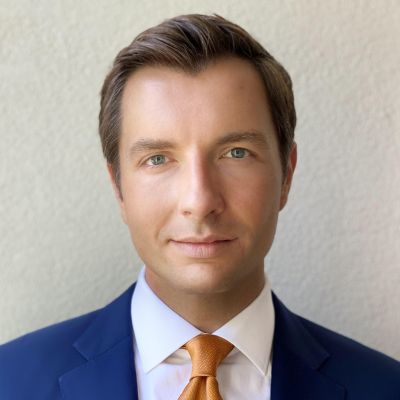 Do you know Who is John Jovanovic?

Jovan Jovanovic, who was born in 1986, works as an analyst and investment banker for Cadent Energy Partners, a hedge fund, where he assesses the energy market. He is best known to the general public, though, as the spouse of Daphne Oz, a well-known author and television broadcaster who specializes in nutrition. Since 2010, the couple has been wed.

John is of Serbian descent and is the son of Nada Jovanovic Dimitric and Sretko Dimitric. His parents have made Chicago, Illinois, their home, where John spent his formative years. While his father runs a construction company in Chicago, his mother Nada is a client specialist who handles accounts for the commercial maritime liability, cargo, and risk management insurance unit of the Aon Corporation, a Chicago-based provider of insurance and financial services.

After graduating from high school, John enrolled at Princeton University, where he went on to get a BA in politics. He continued his study, and in 2014 he graduated from the University of Pennsylvania’s Wharton School with an MBA in finance and entrepreneurial management.

John and Daphne met while taking the same class at Princeton University, and they fell in love nearly right away. It didn’t take them long to start dating, and despite starting successful careers after graduating in 2008, the couple has found time to get married and have a child.

On August 28, 2010, a city clerk’s office employee, Blanca Martinez, officiated John and Daphne’s marriage in the Municipal Marriage Office in Manhattan. The couple then attended two religious services: one in the morning, officiated by Djokan Mastorovic of the Serbian Orthodox Church, at Portland, Maine’s Synaxis of Serbian Saints Church, and one in the evening, officiated by Rev. Prescott Rogers of the Swedenborgian Church, at Cumberland Foreside, Maine, the summer residence of the bride’s maternal grandparents.

John and Daphne have been married for more than seven years, and during that time, they have welcomed three children: their first daughter, Philomena Bijoum, was born on February 26, 2014; their second daughter, Domenica Celine, was born on December 4, 2017; and their son, Jovan Jovanovic Jr.

John has had a fairly successful career as a financial analyst and hedge fund manager. He began his work even before he received his Princeton degree, landing a position with the Serbia Investment & Export Promotion Agency in 2005. John joined Deutsche Bank as a summer analyst a few years later, and in 2008 he was named an analyst for Berenson & Company. He has steadily advanced in his profession, which has allowed him to land a position at his present company, Cadent Energy Partners, where he works as an energy sector analyst.

Have you ever wondered what John Jovanovic’s net worth is in the middle of 2018? He estimates his wealth to be over $2 million, but for the time being, we can only tell you that his wife Daphne’s net worth is as high as $12 million.

Although his wife Daphne frequently publishes on Facebook and Instagram, where she has more than 650,000 followers, John is not a big user of social media. However, you can find him there when Daphne posts about him. She frequently posts images of John, herself, and their kids on both social networking sites.