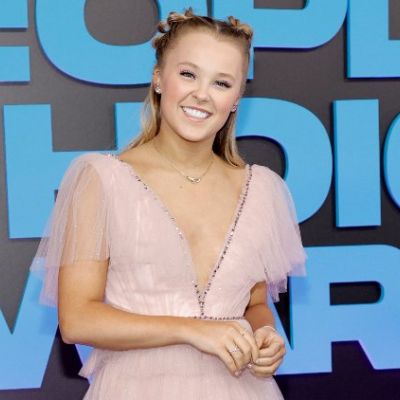 JoJo Siwa is a 16-year-old American dancer, singer, actress, and YouTuber. At such a young age, she amassed a great deal of reputation and fame. She is well-known not just in America but around the entire world. With her mother Jessalynn Siwa, she starred in two seasons of Dance Mom. She is also well known for her singles “Kid in a Candy Store” and “Boomerang.” Let’s look at Jojo Siwa’s wiki, biography, age, dating history, net worth, family, and other information.

Her real name is Joelle Joanie Siwa, and she is Actress, Singer by her profession. She is also famous on TikTok on her TikTok account she has over 22 million followers.

She claims she has no boyfriend, and for an individual of her age with such a busy timetable, this is normal. However, after starring in one of his music videos, she was rumored to be dating Matty B.

She has made several sources of revenue and her professional life is still going strong and would become strong in the future. Her net worth is over $12 million, according to some estimates. The wealth gained by the 16-year-old is phenomenal and one can only wonder how far she is going to go in her career.

She made her television debut in 2013 during the second season of the Lifetime series at Abby’s Ultimate Dance Competition. Twelve episodes of the reality competition aired from September to November 2013. She came in at sixth overall. In 2015, Siwa made guest appearances on the Good Day L.A. and Good Day New York television programs.

JoJo Siwa gave a group dance performance on The View’s episode in 2015. Siwa demonstrated her dancing prowess in seasons 4 and 5 of Dance Moms on Lifetime (2015-16). She shared the stage, among others, with Maddie Ziegler, Kalani Hilliker, and Abby Lee Miller. The show earned the 2016 Reality Television Award for a most moving moment. JoJo Siwa was chosen to play “Aubrey” in the 2017–18 season of Nickelodeon’s School of Rock. Her television credits also included The Thundermans, Bizaardvark, Make It Pop, and Lip Sync Battle Shorties.

“Boomerang,” Siwa’s debut single, was released in May 2016. It received a Platinum certification from the RIAA for having sold over a million copies. Over 700 million people have watched that music video on YouTube. The deal with Nickelodeon was inked by Siwa in 2016. In June 2017, she released her sophomore song, “Kid in a Candy Store.” “I Can Make U Dance” and “Hold the Drama” come next.

Siwa received the 2017 Nickelodeon Kid’s Choice Award for being the best viral music artist. Some of her tracks, like “Every Girl’s a Super Girl,” “High Top Shoes,” and her most recent song, “Bop,” were released in 2018.