Jonathan Swan and his wife welcomed a daughter in September 2020. Jim VandeHei, Mike Allen, and Roy Schwartz founded Axiom, a national political news outlet. His professional success is happily matched by his marriage. Swan is married to Politico reporter Betsy Woodruff and they have a sweet baby girl. 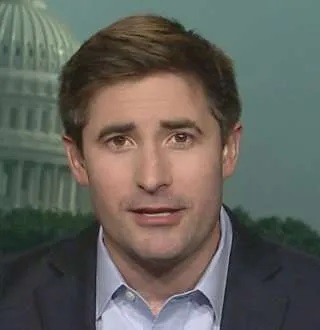 Swan, born on August 7, 1985, followed in his famous journalist father’s footsteps. His first job was as a political correspondent for the Sydney Morning Herald. He reported openly on gay rights. On January 16, 2013, he wrote an article about how Australia passed a bill that promotes LGBT discrimination. He later moved to America to cover politics. In 2014, he was awarded an APSA yearlong fellowship.

His US career began at The Hill, a digital media company. He gained notoriety reporting on presidential campaign finance. On the campaign trail, he named one of Politico’s 16 breakout media stars in 2016. Then he joined Axiom. He criticized Trump and Republican lawmakers. A year after the US pulled out of the Paris climate deal, Swan became a celebrity. And he broke Trump’s attempt to recognize Jerusalem as Israel’s capital. Keeping up with his demanding work, he covered the Oval Office conversations. And he announced Anthony Scaramucci’s appointment as comms director.

Jonathan Swan Has a Wife and a Kid

Esther Jane Swan is the couple’s first child. On September 9, 2020, the couple welcomed their daughter via social media.
Woodruff revealed the baby’s name and posted an adorable photo on Twitter. Katy Tur, Kimberly Atkins, and Corey Yow were among the first to congratulate the new parents. Likewise, swan proposed to his four-year girlfriend on March 11, 2018, two years before their daughter was born. They married in September 2019.

Woodruff also covers politics. She interned for the Washington Examiner in 2011. In 2015, she became a political reporter for The Daily Beast. She left Politico after five years and one month. Woodruff, who is not Jewish, has adapted to her husband’s family traditions and learned to cook traditional dishes.