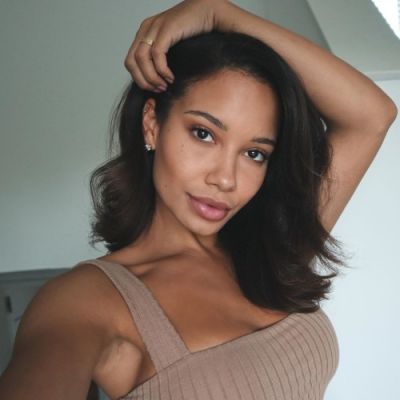 Do you know Who is Jordan Ozuna?

Jordan Ozuna is an American model, social media star, and internet personality most known for allegedly dating various celebrities from the music and entertainment industries, including Justin Bieber, Tyga, and Younes Bendjima.

Jordan Galipo was born on January 1, 1990, in Maryland, USA, under the sign of Capricorn, and is of American nationality and African American ancestry. Because of her father’s profession as a member of the United States Armed Forces, she spent her youth dividing her time between Maryland, Hawaii, and Guam.

She graduated from Moanalua High School in Honolulu, Hawaii, in 2009.

Jordan married her high school boyfriend and US Coast Guard member, Daniel Ozuna, shortly after finishing high school. However, after a few years, the couple separated and later divorced.

Jordan is very active and well-known on social media platforms such as Facebook, Twitter, and Instagram, and she has her own YouTube channel called Yours Truly, Jiordyn. She is 5ft 7ins (1.70m) tall, weighs approximately 132lbs (60kgs), and has vital statistics of 33-27-35.

Jordan Ozuna’s net worth is believed to be at least $200,000 as of late 2019, presumably through modeling assignments.

Jordan began her profession as a server in the well-known restaurant chain Hooters after graduation. In 2011, she competed in the 15th Annual Hooters International Swimsuit Pageant in Miami, Florida, alongside 99 other ladies for the Miss Hooters title and a $50,000 cheque; however, she had little success.

Jordan left Hooters after three years to work at the Light nightclub in Las Vegas, Nevada, where she also did a handful of commercial skits.

Her major break came in February 2016, when she participated as one of the models in Kanye West’s Yeezy Season 3 fashion presentation. It’s a true spectacle, held on the first day of New York Fashion Week at Madison Square Garden, attended by nearly 20,000 people, and during which he released his seventh studio album, “The Life of Pablo.”

She rose to notoriety in 2013, after she was photographed with popular music sensation Justin Bieber in Las Vegas, Nevada. Jordan Ozuna’s was supposedly still married to Ozuna at the time. She re-entered the public eye in early 2014, after releasing a selfie from Bieber’s bed, when it was discovered that they were living together in his mansion in Atlanta, Georgia.

Bieber has received numerous awards, including a Grammy and three American Music Awards, and has worked with artists such as Katy Perry, Luis Fonsi, DJ Khaled, and Ed Sheeran.

Ozuna returned to the spotlight in April 2017, when she was sighted with American rapper and musician Tyga at Serafina restaurant in West Hollywood, California, shortly after his breakup with Kylie Jenner. However, after receiving heavy criticism and bad comments from Jenner’s followers, Jordan rejected the claims, insisting that she and Tyga are simply friends.

Micheal Ray Stevenson was born on November 19, 1989, in Compton, California, and is best known as Tyga, not only as a singer, songwriter, and rapper but also as an actor and TV personality. He has seven studio albums to his credit, including “Careless World: Rise of the Last King” in 2012, “Hotel California” in 2013, and “Legendary” in 2019. Some of his most well-known tracks include “Deuces,” “Faded,” and, of course, “Taste,” which reached No. 8 on the Billboard Hot 100 chart in the United States.

Jordan was pictured in Mexico in mid-2018 ‘getting intimate with a model and Kourtney Kardashian’s ex-boyfriend Younes Bendjima. Despite being seen ‘kissing all night’ and spending some quality time together,’ Ozuna denied that they are dating, adding that they are “not involved romantically at all.”

Bendjima was born in Algeria on May 5, 1993. Following his parents’ divorce, he relocated to New York City with his father, who established an Algerian restaurant. Younes spent his childhood alternating between the United States and Paris, France, where his mother resided.

He began his career as a boxer before being discovered by a modeling scout in 2011. His first catwalk appearance was in Givenchy’s Spring/Summer 2013 campaign 2013. He has worked with some of the fashion industry’s biggest brands, including Calvin Klein, Ralph Lauren, and Hermes, as a member of Next Models, and has appeared on the covers of OOTB, Vanity Teen, and Bite.