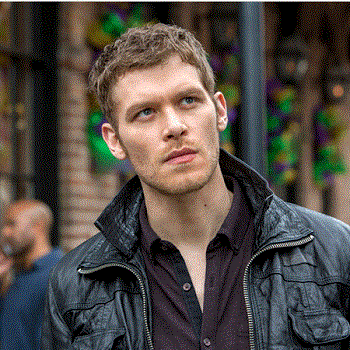 Joseph Morgan is an English actor and filmmaker best known for portraying Klaus Mikaelson, The Original Vampire, in the supernatural drama The Vampire Diaries and its spin-off The Originals. For The Vampire Diaries, he got a TV Guild Award for Favorite TV Villian, and for The Originals, he won a People’s Choice Award for Favorite Actor in a New TV Series. In 2008-09, he played Tony Reece in the British medical drama series Casualty, and in the British TV series Hex, he played Troy. Morgan was also cast as a lead in the Emmy-winning miniseries Ben Hur, directed by Steve Shill.

Joseph Morgan was born Joseph Martin on May 16, 1981, in London, England, but grew up in Swansea, Wales, for the first 11 years of his life. In Swansea, he studied BTEC Performing Arts Courses at Morriston Comprehensive School and Gorseinon College before returning to London in his late teens to enroll at the Central School of Speech and Drama.

Morgan developed an interest in acting at the age of 15 after being inspired by Quentin Tarantino’s films. He continued writing and dabbling in filmmaking during his undergraduate years, and he took part in student films and workshops based on his favorite films.

The Career of Joseph Morgan

Morgan made her acting debut in the television series Spooks in 2002, appearing in an episode of season one. The next year, he appeared in the films Eroica, Master, Commander, and Henry VIII on television.

Morgan was cast in major films such as Alexander, Angels Crest, The Grind, and Immortals after appearing as Troy in five episodes of the One Television Series Hex in 2004. From 2011 to 2016, he played Klaus Mikaelson in the iconic American supernatural drama television series The Vampire Diaries, appearing in seasons two through seven.

He got the TV Guide Award for Choice TV Villian for his role in the series. Nina Dobrev, Paul Wesley, Ian Somerhalder, Candice King, and Kat Graham are among the cast members of The Vampire Diaries.

Morgan and his wife Persia White founded Night Owls Productions in 2015, and they created two short films, Revelation and Carousel. The revelation was selected for eight film festivals and even received the Flickers Award for Best Fantasy Film.

During his Vampire Diaries schedule, he also appeared in The Originals, a spin-off of the show starring Morgan and starring Daniel Gillies, Claire Holt, and Phoebe Tonkin among others. He took home the People’s Choice Award for Favorite New TV Actor. Three episodes of The Originals were directed by him.

Joseph Morgan’s net worth is estimated to be in the millions of dollars.

Morgan is estimated to have a net worth of $3 million. He appeared on various TV shows, including The Vampire Diaries, as a regular cast member. According to sources, Ian Somerhalder and Nina Dobrev, the show’s primary stars, received $40,000 and $30, 000 per episode, respectively. Morgan was also a leader, so we may presume he was compensated similarly.

Since 2014, Morgan has been married to actress Persia White. The couple met as co-stars on the set of The Vampire Diaries in 2011 and dated for three years before getting engaged in 2014. On July 5, they married in Ocho Rios, Jamaica. He has a stepdaughter from his wife’s previous relationship with Persia.

Morgan describes himself as a horror fantasy aficionado who grew up reading horror fantasy literature, particularly those by Stephen King. He even tried out for the role of young Voldemort in the Harry Potter series but was unsuccessful.

Morgan is a good man who donates to the Positive Women foundation, which aims to enhance the lives of women and children. He went so far as to ask his supporters to donate to the foundation in honor of his birthday. Morgan enjoys painting and reading as hobbies.