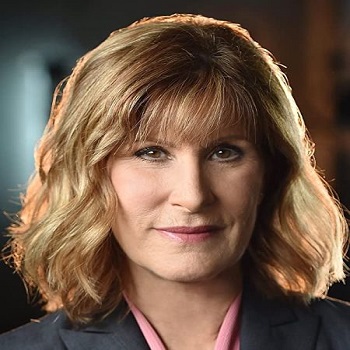 Judy Norton is an actress and theatre director from the United States, best known for her role as Mary Ellen Walton in the CBS drama series The Waltons.

Judy Norton’s age is unknown. What is her stature?

Judy Norton was born on January 29, 1958, in Santa Monica, California, to Harry Norton and Constance Glazebrook. She is 63 years old and stands 5 feet 5 inches tall at the time of this writing (1.65 meters).

Judy Norton is well-known for her work in the film industry.

Judy Norton made her cinematic debut when she was nine years old in the 1967 film Hotel. The following year, she made her television debut in an episode of ABC’s criminal drama The Felony Squad.

In the CBS family drama series The Waltons, she starred as Mary Ellen Walton, the Walton family’s oldest daughter. She was a member of the main cast and participated in all nine seasons of the show, which ran from September 14, 1972, to June 4, 1981. She also repeated her role in the series’ subsequent made-for-TV features.

Judy Norton featured in a nude spread in the August 1985 issue of Playboy Magazine to break free from her reputation as the strict housewife she portrayed on The Waltons.

She went on to star in films such as A Twist of Faith, Hansel & Gretel: Warriors of Witchcraft, Blood Is Thicker, Finding Harmony, The Sparrows: Nesting, Broken: A Musical, Another Day in Paradise, Inclusion Criteria, and Out of the Fight, among others.

Judy Norton’s Husband: Who Is He? Is she the mother of any children?

Judy Norton is now married to Robert Graves, her third spouse. Since August 11, 2002, they have been married. Norton married her first husband, Douglas Taylor, when she was only 18 years old, on April 3, 1976. In 1978, they divorced after two years of marriage.