After divorcing his wife, Julian Casablancas met a girlfriend. 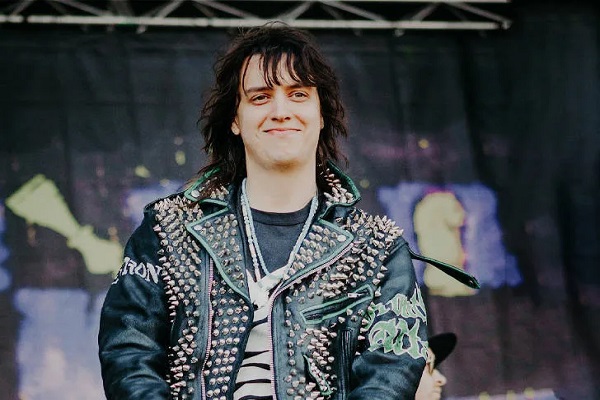 Julian Fernando Casablancas, the main singer of ‘The Strokes,’ has found love with a roadie named Kaya after his divorce from Juliet Joslin. Since then, he and his girlfriend have been going strong.

Casablancas’ new girlfriend is nearly half his age.

According to The Sun, ‘The Strokes’ frontman divorced from Joslin around a year ago and was keen about keeping the separation a secret. He can’t pretend it didn’t happen now that he’s moved on. Kaya, who is in her early twenties, and the 41-year-old musician have been “inseparable” since they began dating, according to reports.

After the singer’s divorce from his ex-wife, the two met on one of the band’s US tours and grew closer. They’ve been spotted together at a number of large events and concerts since then.

Despite the fact that the couple keeps a modest profile on social media, they are still going strong. The Reptilia singer has ensured that he and his new girlfriend are both enjoying all the perks of a rock ‘n’ roll lifestyle shortly after going public with their relationship.

The two were taken with Spanish rock band Hinds at the Culloden Estate and Spa in Holywood, Northern Ireland. They were also spotted posing at the American Museum of Natural History for a private celebration.

“If the band goes somewhere for a tour or anything else, Kaya goes with him,” an insider stated. His father, too, had abandoned his mother for a much younger woman.”

Casablancas and Julian Had a Fifteen-Year Marriage

Casablancas was married for fifteen years to his wife, who was formerly his assistant manager, before divorcing in 2019. Cal, 10, and Zephyr, 5, are their two kids. According to a band representative, the two parted ways “with love and respect.” According to the spokeswoman, the former couple still get along for the sake of their children.

‘The Strokes’ released their sixth studio album, ‘The New Abnormal,’ in 2020, which was their first since 2013’s ‘Comedown Machine.’ Slower and moodier than the band’s previous work, ‘At the Door,’ for example, refers to Casablancas’ divorce with lyrics like “laying on the chilly floor… waiting for the tide to rise.”

The 41-year-old opened up about fatherhood in an April interview with the Los Angeles Times, admitting that he wishes to shelter his children from “deep darkness.”

The native Texan wants them to take their lumps and face enough realism and emotional truth to toughen them up and prepare them for life in the real world (concerning the pandemic.)

“I don’t think I had that much before kids,” Casablancas said when asked if nurturing came easy to him.