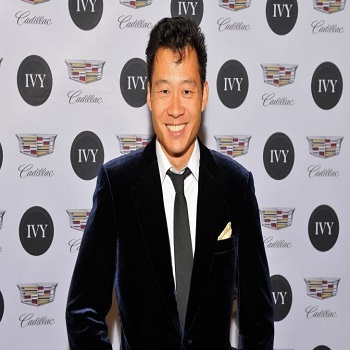 Justin Kan is an American entrepreneur and investor who co-founded the live video services Justin.tv and Twitch. The Yale University graduate began his business career in his twenties and is now regarded as a role model for young entrepreneurs. Justin was most recently the CEO of Atrium, a law-tech firm he co-founded, from April 2017 to March 2020.

Kan, a co-founder of Kiko Software, was a partner at Y Combinator in Silicon Valley for three years (2014- 2017). Without a doubt, his fortune has risen dramatically as a result of his successful initiatives, and he is now a multi-millionaire.

Justin Kan was born in Seattle, Washington, D.C., on July 16, 1983. His parents are immigrants from China. Daniel Kan, an entrepreneur and co-founder of Cruise, and Damien Kan, a software developer at Alto Pharmacy, are his two brothers.

Kan attended Spokane Valley’s Evergreen Middle School before enrolling at Yale University in 2001. He graduated with a double major in physics and philosophy in 2005. He interned at Russell Investment Group for four months as a university student till August 2004.

What is Justin’s current age?

Kan and his companions Emmett, Michael Seibel, and Kyle Vogt co-founded Justin. tv in October 2006, a live video network that broadcasts Justin’s daily activities 24 hours a day, seven days a week. By 2007, it had become recognized all across the internet and had spawned a slew of new content categories, including Social, Tech, Sports, Entertainment, News, and Events.

Because there was such a high demand for live game streaming on Justin.tv, Justin and his pals created their own TwitchTV channel to stream game content. It was founded on June 6, 2011, and is based in San Francisco, California. It was Kan’s first big foray into entrepreneurship.

Twitch has around 100 employees and 35 million monthly unique visitors by 2013. Twitch was purchased by Amazon in August 2014 for $970 million. It is Amazon’s fourth most costly acquisition, trailing only Jamie Siminoff’s Ring. Whole Foods Market (#1, $13.7 billion), Zappos (#2, founded by Nick Swinmurn), and Zoox (#3) round out the top three, with the latter two being worth $1.2 billion.

Socialcam, a social video application for iPhone and Android, was acquired by Autodesk for $60 million on July 17, 2012, after a year of development.

He launched Exec, an on-demand personal assistant and cleaning service with the ability to outsource anything for $25 per hour, with his brother Daniel and Amir Ghazvinian on February 29, 2012. Justin was the CEO of Exec until it was sold to Handybook in January 2014.

He co-founded The Drop, a music discovery platform, in 2015.

What is Justin Kan up to these days?

Justin was a previous partner at Y Combinator from 2014 until 2017, when he departed to start his own investment firm, Zero-F. Justin co-founded law-tech business Atrium alongside Augie Rakow, Bebe Chueh, and Chris Smoak in April 2017. According to a Forbes story, the company raised $65 million in Series-B fundraising in September 2018, following a $10 million Series-A round in 2017.

Kan has been the CEO of Atrium since its inception and will step down in March 2020.

Meanwhile, Justin Kan has made over 44 investments, the most recent of which being a $5 million investment in Seed Round – LAIKA on July 9, 2020. His investment portfolios include the following:

Justin Kan has a net worth of $100 million as of September 2020, according to Celebrity Net Worth. Kan makes the most of his money through investments and entrepreneurship. Each of the co-founders, including Justin, was thought to own a 12.5 percent interest in Twitch when it was sold to Amazon in 2014 for $970 million, totaling $120 million before the tax savings.

Justin Kan is married, yet he chooses to maintain a low-key personal life. He currently resides in San Francisco, California, with his wife Christine Oh.

Kan announced on Twitter in July 2019 that he was a father, but provided no other details.